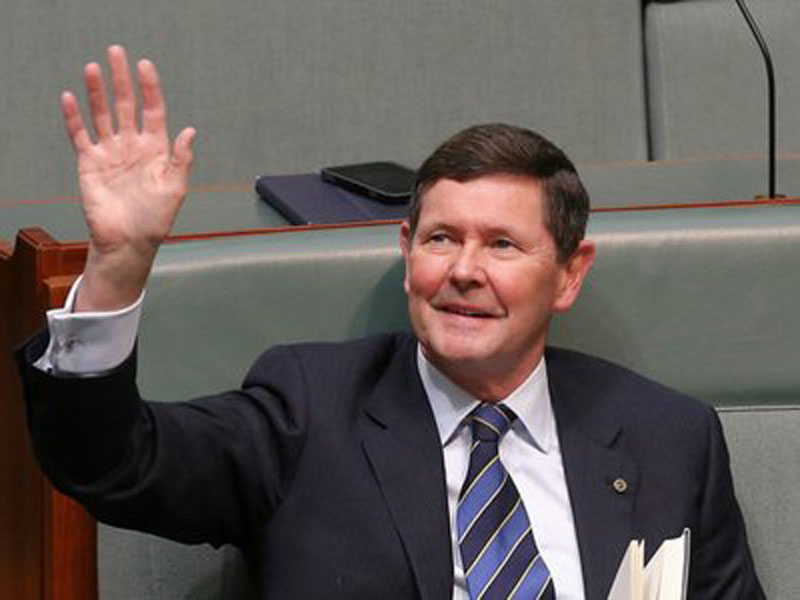 Veteran Liberal MP Kevin Andrews says he is prepared to challenge Prime Minister Malcolm Turnbull for the leadership – under the right circumstances.

Mr Andrews, who was dumped by Mr Turnbull from the Defence portfolio in September’s leadership change, spoke about a potential challenge of the prime ministership in an interview with his local paper, the Manningham Leader.

“There wasn’t anything particularly negative about Julie, but she had been deputy leader under Brendan [Nelson], Malcolm, Tony [Abbott] and I thought, ‘well, there hadn’t really been a contest for the deputy leadership’,” Mr Andrews told the newspaper.

“I made that decision sort of spur of the moment because it just came up, so I thought there should be a contest, people should be able to decide who they want.”

A party room vote resulted in Mr Andrews losing to Ms Bishop with just 30 votes to 70.

Mr Andrews said future bids to assume the Liberal leadership would happen “under those circumstances” rather than “setting out and saying ‘I want to be Prime Minister’”.

“It has never been my burning ambition to be the leader of the party, but if circumstances arose which they did in both of those instances where I thought there should be a change or a contest, I am prepared to do it,” Mr Andrews said.

He said it was “true” he led the conservative side of the Liberal party.

“But I see that leadership as a kind of intellectual leadership,” Mr Andrews said.

“My view about politics is that if you get the policies right the politics will follow.”

The conservative MP was clear about his stance on the proposed plebiscite on gay marriage, which would occur under a re-elected Coalition government.

Mr Andrews said he would vote against legislation allowing gay marriage, no matter what the public backs.

“In the end, a plebiscite is an indication of what people think, but for me this would be one of those matters of conscience,” he said.

Elected in 1991, Mr Andrews is preparing to mark 25 years as the member for Menzies.