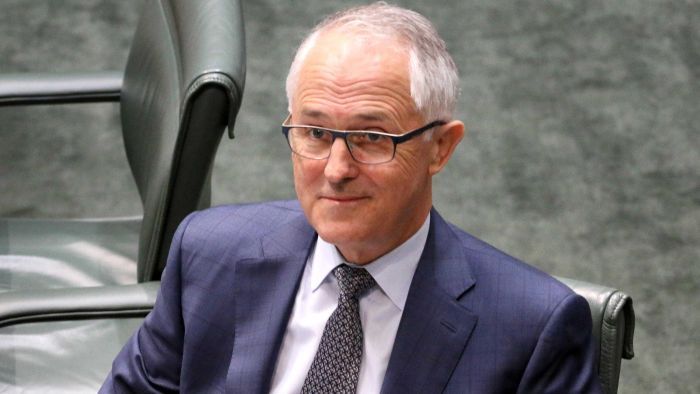 Prime Minister Malcolm Turnbull has unveiled a proposal for a significant shake-up of the tax system, advocating for states and territories to levy their own income tax.

Mr Turnbull’s announcement, delivered on the edge of a Sydney football field, comes after former Prime Minister Tony Abbott distanced himself from a similar proposal in 2014 warning it was akin to “double taxation”.

Two states have already rejected the proposal, ahead of Friday’s Council of Australian Governments (COAG) meeting with premiers and chief ministers in Canberra.

Under existing laws the federal government is the sole recipient of income tax. The Prime Minister wants to reach agreement with the states to lower the percentage of tax collected federally, allowing the states to collect a portion of income tax funds directly.

“We would withdraw from a certain amount of income tax that would be available to the states and we would agree that that would be the maximum they would levy for a period,” he said.

Mr Turnbull went on to acknowledge he would not be able to control whether the states increased the percentage of tax collected in the long term.

“In future, in the longer term, a state should be free to lower that amount or indeed raise it and then they are accountable to their own voters.”

Less than three hours after Mr Turnbull made those comments, Scott Morrison said the proposal would not drive up taxes.

“The Prime Minister, I don’t think, has gone that far,” he told Sky News.

“Ultimately, I think what we’ve seen today is an idea which has been explored with the states and territories and very much it started with their initiation.”

Mr Morrison said there was “no appetite” for states to be able to increase taxes.

South Australia and Tasmania have already raised concerns about the plan, but other jurisdictions, including WA and the ACT have provided a warmer reception.

The Prime Minister has acknowledged he needs to get all states onside for any changes to be successful.

Federal Opposition Leader Bill Shorten rejected the “clumsy” proposal that his party would not adopt.

“I can guarantee Australians a Labor government will not give income tax powers to state and territory governments,” Mr Shorten said.

Shadow Treasurer Chris Bowen criticised Mr Morrison, saying it was clear the Prime Minister was not including the Treasurer in his decision making.

“Last week he [Morrison] didn’t know what date the budget will be on,” Mr Bowen said.

He said Mr Morrison’s interview about the income tax plan revealed he was not informed about the detail of the proposal.

Mr Bowen also questioned why the Prime Minister made such a significant economic announcement without the Treasurer by his side, despite Mr Morrison being in Sydney and holding a separate media event on Wednesday morning.

States could use income tax earnings to fund hospitals

Announcing the proposal on Wednesday morning, Mr Turnbull said the decision would give the states “real financial autonomy” rather than continued reliance on federal grants.

Those grants are currently used to help fund state and territory health and education systems.

The states and territories have been campaigning against cuts to hospital funding that were included in the 2014 budget, handed down by former PM Abbott.

The government is also preparing to offer extra money for the state and territory hospital systems to tide them over until 2020. Those details are also expected to be unveiled at the COAG meeting.

The head of Prime Minister and Cabinet Department Martin Parkinson has briefed state and territory officials about the idea of overhauling the system, ahead the COAG meeting.