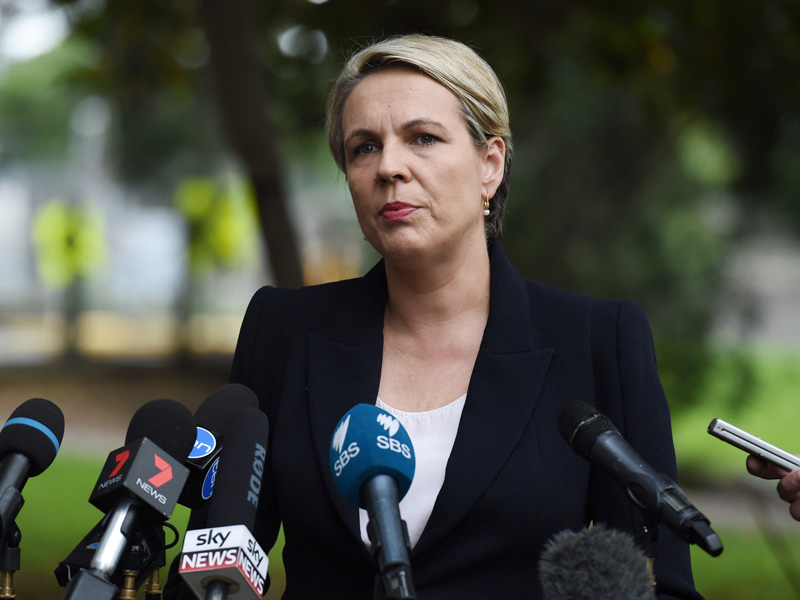 Tanya Plibersek says the move is like something out of a dictatorship. Photo: AAP Photo: AAP

A political donations controversy engulfing the Liberal Party in NSW is shaping up to potentially be another Godwin Grech-style scandal for the Prime Minister, federal Labor says.

The NSW Electoral Commission is refusing to pay the Liberals more than $4.4 million until it reveals the secret donors who poured about $700,000 into the party’s coffers ahead of the 2011 state election.

Cabinet Secretary Arthur Sinodinos, who was the party’s treasurer and finance director at the time, has denied wrongdoing and enlisted lawyers to demand his name be retracted from the electoral commission’s report.

But Labor is calling for Mr Sinodinos to be stood aside and has accused Prime Minister Malcolm Turnbull of protecting his “numbers man”.

“By not requiring his cabinet secretary to face the music, he’s showing the some lack of judgment that he portrayed when he was last Liberal leader in the face of the Godwin Grech scandal,” acting Labor leader Tanya Plibersek told reporters in Sydney.

Mr Turnbull lost the Liberal leadership in 2009 after a document he used against then-Prime Minister Kevin Rudd turned out to be fabricated by Treasury official Godwin Grech.

“We potentially see a similar scandal emerging now, with a prime minister absolutely unprepared to take action against one of his prime backers,” Ms Plibersek said.

Mr Sinodinos has previously denied wrongdoing while refusing to respond to “unsubstantiated rumours, gossip or scuttlebutt” published in the wake of the report.

He has slammed the report as “flawed” and a seven-page letter from his lawyers released on Friday night called for a retraction of references to himself in the electoral commission report, which was made public on Wednesday.

PM under pressure over NSW donations