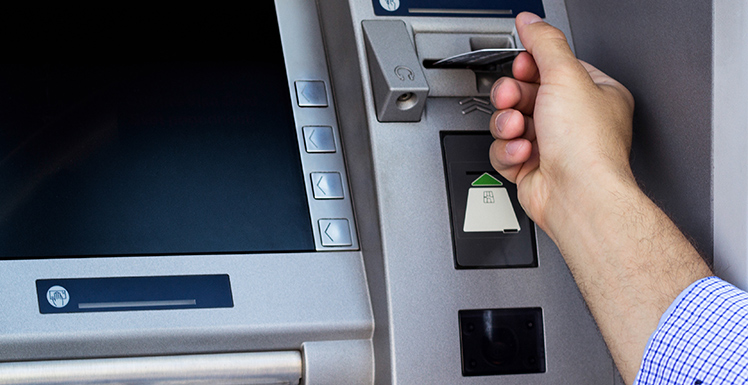 That automatic teller machine (ATM) you’ve always relied on may soon disappear, with the cash machine industry in the throes of a crisis, according to a recent report.

The number of ATM withdrawals is falling fast, so it may be surprising to learn that the number of machines in Australia’s population has, until recently, been growing.

Many of these ATMs are now owned by private companies like Cashcard. Such independent machines generally charge a fee, are smaller and less popular.

• What is ‘imposter syndrome’ and do you have it?
• Apple’s iPhone SE gets the balance just right
• Used toilet paper, fake cities in Korea propaganda war

Nationwide, 55 per cent of ATMs are not affiliated with a bank, but these machines account for just 25 per cent of withdrawals. A bank ATM is used for an average of 130 transactions a day. Independently-owned machines do just 30 a day, on average. And the fees keep getting higher. In 2015, for the first time, the Reserve Bank of Australia found ATMs that charged $5 per transaction – just for the right to access your own money!

Cash is annoying enough even without charges like that. No wonder people are abandoning the ATM system.

The RBA warns: “The period ahead may be challenging for the ATM industry, with cash use and transactions now clearly declining.”

ATMs are going to have to put up their fees, or close. Or both. It’s probably the beginning of the end for the technology, which is still relatively young. But they have always been a mixed blessing.

Ever since their invention they’ve been a security risk, with the first ATM fraud happening shortly after their invention, in Sweden in 1968. At that point, banks issued special tokens that allowed people to use the ATM. The simple theft of a token allowed thieves to swindle a large sum of money from several of those early Scandinavian ATMs.

More recently, thieves in Britain have taken to a more blunt force approach – using explosives to get into ATMs and take huge sums of cash.

That’s without mentioning card skimming and the far simpler trick of mugging someone as they walk away from the ATM.

I doubt anyone will miss ATMs much. The only people who ever really loved them were bank executives – the machines helped them save on wages. The end of the teller – if we interact with them through computer screens and smartphones – will save on ATMs as well as staff.

Banks are going to have to change fast because it’s not just cash in decline, but also cheques and anything else that looks like physical money. Cash is fading away for payments of all sizes.

The end of cash raises a lot of really big issues for our economy and our society – fraud, privacy and susceptibility to computer system crashes and attacks are huge risks.

We might miss having an ATM nearby, but we can’t simply protest against it and make it stop.

Like a lot of contemporary trends, it’s not the idea of any one person. It’s an outcome of the choices of lots of people. That means there’s not much we can do about it.

When even the RBA is talking about the chance of one day issuing a digital currency like Bitcoin, nobody will be able to stop the decline of cash. And that means peak ATM is already behind us.

Jason Murphy is an economist and journalist who has worked at Federal Treasury and the Australian Financial Review. His Twitter handle is @jasemurphy and he blogs about economics at Thomas The Think Engine The dying days of the ATM