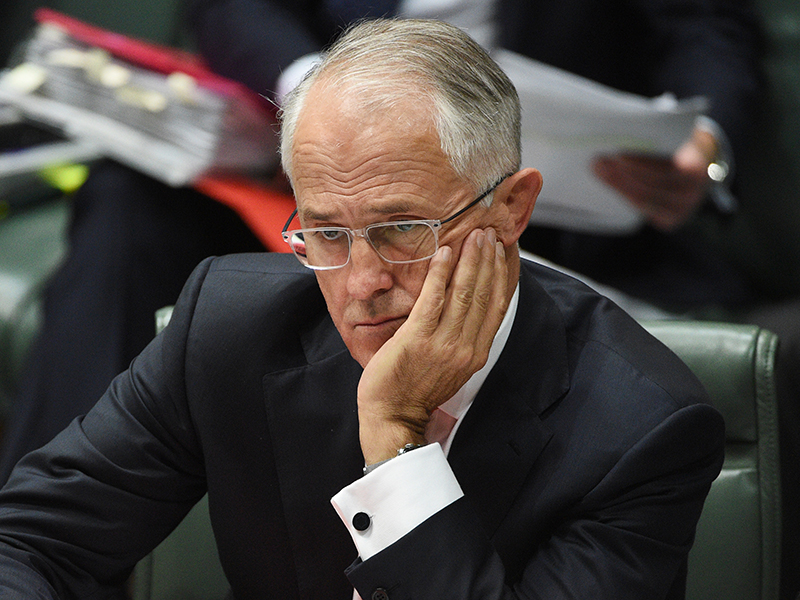 Federal ministers have confirmed the government is actively considering bringing the budget forward to make way for an early election, possibly on July 2, but exclusive analysis by The New Daily shows victory could come at a steep price for the PM.

Ministers said on Tuesday the government was looking at handing down the budget on May 3, instead of May 10. One minister told the ABC it would help clear the path for a double dissolution election on July 2.

The Prime Minister did not rule out an early poll when asked about it, saying only: “The budget will be in May.”

But Malcolm Turnbull could pay a heavy price for being returned to office. Many of those who supported his bid for power are likely to lose their seats if there is a swing against the government, leaving his prime ministership at the mercy of Liberal party members who remain loyal to former PM Tony Abbott.

When Mr Turnbull tipped Mr Abbott from the leadership, he did it by only a slim margin. The final vote was 54-44 and it was due largely to a group of about 20 MPs who abandoned Mr Abbott amid growing fears that Labor was in the box seat to win the next federal election.

Most of the votes that eventually swung to Mr Turnbull came from lower house members in marginal seats spread across the country.

More than two-thirds of those Liberal MPs holding seats with a 5 per cent margin or less at the 2013 federal election ended up supporting Mr Turnbull’s leadership challenge.

While most Canberra pundits expect the Coalition to be returned this year with a reduced majority, it is likely that Mr Turnbull’s grip on the numbers within the parliamentary Liberal Party will be weakened.

That’s because only six of the government’s 21 most marginal seats are held by MPs who voted for Mr Abbott.

Trapped by the numbers

As the recent tax debate has demonstrated, hard-line conservative backbenchers are already exerting decisive influence on the government’s policy agenda, with proposals to overhaul the GST and negative gearing rules now on the backburner.

Mr Turnbull’s promise of a “thoroughly Liberal government” is starting to look like a pipe dream as conservatives shape and censor his inclination for liberal reform.

If Mr Turnbull wins the next election – which is now firming to be held on July 2 – the influence of hard-liners is likely to strengthen because swings of up to 5 per cent against the government would result in fewer moderate Liberals returning to the next parliament.

Most of the Liberal Party’s marginal seats tend to be held by young members with socially progressive positions on sensitive public issues such as marriage equality and abortion.

In other words, they are mostly small “l” liberals – Mr Turnbull’s staunchest supporters.

Liberal MPs such as Sarah Henderson in Victoria, Lucy Wickes in NSW and Natasha Griggs in the Northern Territory would not survive a uniform national swing of 3 per cent to Labor.

Ms Henderson and Ms Griggs are among the Liberal Party’s most vocal advocates for marriage equality.

The latest Newspoll published by The Australian indicates that the ALP is in line to secure a two-party-preferred swing of 3.5 per cent.

A swing of this magnitude would likely return the Coalition with a workable majority, but it would also severely deplete the number of Turnbullites in the lower house.

Inevitably, that would undermine Mr Turnbull’s ability to define the next government in the style of most previous leaders of the Liberal Party.

It would also make the Prime Minister more politically vulnerable in the event that the party becomes divided on a controversial policy issue, such as negative gearing or marriage equality.

Former prime ministers such as Kevin Rudd and Mr Abbott were toppled barely a few years after scoring thumping mandates.

Mr Turnbull’s position would be even more precarious within his party room.

This analysis does not take into account possible changes in the composition of Liberal Party representation in the next Senate or the proclivities of soon-to-be-elected MPs in safe lower house seats.

However, no matter which way you look at the probable complexion of the next parliament, it is difficult to envisage a scenario in which Mr Turnbull could fortify his numbers in the party room.

A uniform 3 per cent swing to the ALP would cost the Liberal Party 10 seats at the next election, including seven members who voted for Mr Turnbull in the leadership spill.

Under this scenario, the result of the September leadership ballot could be recast in the following way:

A uniform swing of 4 per cent would cost the Liberal Party 16 seats and render Mr Turnbull almost captive to a backbench dominated by conservatives:

This analysis is not suggesting for a moment that Mr Abbott would be positioned to make a comeback as Prime Minister if the government is re-elected with a reduced majority.

Mr Abbott’s political currency seems spent – but the influence of the party’s conservative base is set to grow.

As a moderate leader of the next Coalition government, Mr Turnbull would need to appease his conservative opponents to short-circuit the volatility that has marked all federal governments of the past decade.

That could make him a lame duck PM, captive to a backbench that might turn hostile on him if he dared to step out of line. Why Turnbull could win the election – and still lose