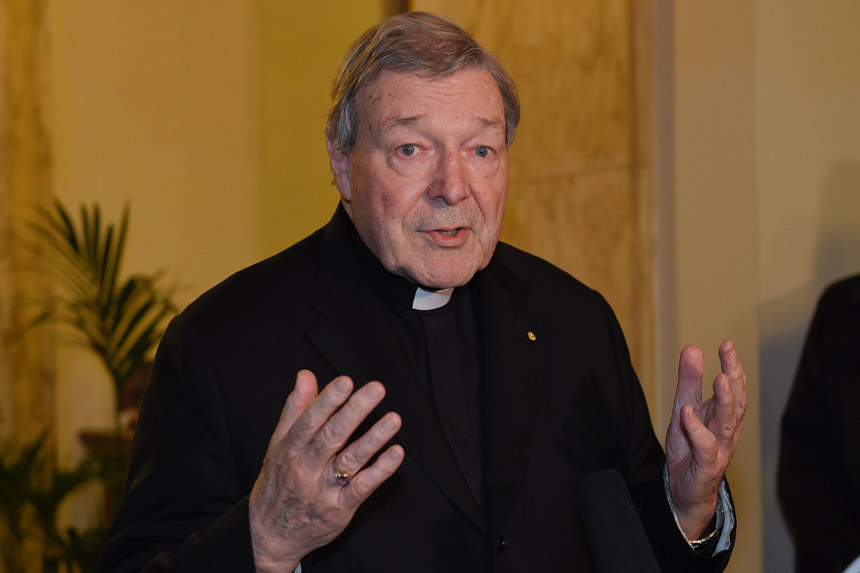 Cardinal George Pell has met with Ballarat sex abuse survivors in Victoria’s west after he was grilled for four days by the Royal Commission into Institutional Responses to Child Sexual Abuse.

A group of survivors flew to Rome to hear Cardinal Pell give evidence via video link, after he was deemed too sick to travel to Sydney for the hearing by an Italian doctor.

Emerging from the hour-long meeting, the Cardinal told waiting reporters it had been “hard and honest and occasionally emotional”.

• ‘I suggest you are lying to protect your reputation’
• Pell jeered by abuse survivors
• Pell: ‘It wasn’t of interest to me’
• ‘I’m not here to defend the indefensible’

Cardinal Pell reflected on the number of suicides that had occurred as a result of the rampant paedophilia in Ballarat, saying he hoped he could help work with survivors from his post in Rome using the Pope’s Pontifical Commission for the Protection of Minors.

“It would be marvellous if our city became known as an effective centre and an example of practical health for all those wounded by the scourge of sexual abuse,” he said.

One of the group’s leaders, David Risdale, said the meeting was emotional.

“We met on a level playing field. We met as people from Ballarat,” Mr Risdale said.

Mr Risdale was abused by his uncle, prolific paedophile priest Father Gerald Risdale, who was currently serving time in prison.

In his evidence during the four-day hearing, Cardinal Pell said he regretted supporting Father Risdale during his court case, saying he had been sent by the church to help him get a more lenient sentence.

Fellow survivor Phil Nagle said the meeting had focussed on what could be done to help heal the abused, particularly suicide prevention.

“I think he gets that bit,” Mr Nagle said.

“I think he thought I was going to talk about the past and bring up all that stuff. We just talked about the future.

“We spoke about … what [Cardinal Pell] can do in his position and what the Catholic Church can do to help the survivors going forward.”

Cardinal Pell’s evidence was labelled “implausible” by Senior Counsel Gail Furness, while, one barrister representing a survivor suggested the Cardinal was “lying to protect his reputation”.

The commission will continue, with Bishop Ronald Mulkearns expected to be interviewed via video link from a nursing home he now lives in.