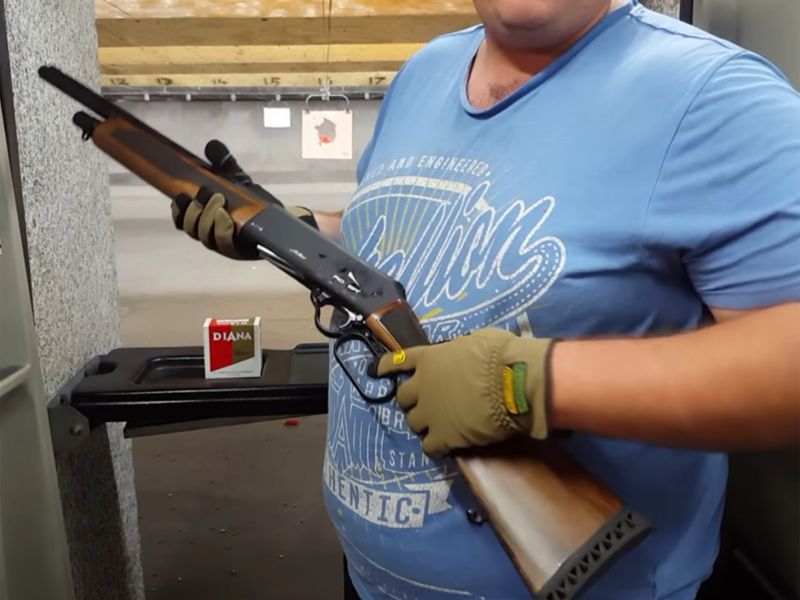 The Adler can fire seven rounds in 11 seconds. Photo: AAP

Thousands of Adler rapid-fire shotguns have flooded into Australia over the past six months, sidestepping a ban on a previous version of the controversial weapon imposed following the deadly Sydney siege.

As commonwealth and state ministers and attorneys-general were undertaking an urgent review of national gun laws following the siege, orders for a five-round version of the Turkish-made Adler A110 were already pouring into gun dealers across the country.

Figures obtained by AAP from law enforcement agencies in NSW, Queensland and Victoria reveal almost 4000 of the lever-action shotguns have been imported into those states alone.

In some states, they are sold to shooters under the least restrictive weapon category, which includes air-rifles and paintball guns.

The gun-control lobby argues that even the modified weapon – which fires five 12-gauge cartridges in rapid succession – should be classified as a semi-automatic firearm, warning that tough laws introduced by John Howard after the 1996 Port Arthur massacre are being eroded.

“How utterly shameful in the year of the 20th anniversary of the Port Arthur massacre, governments have commemorated the year by handing back to the gun lobby general access to rapid-fire shotguns,” Gun Control Australia president Samantha Lee said.

“Rapid-fire rifles turn up in mass shootings, which is why these guns were basically banned here after Port Arthur.”

Plans to import a previous seven-round version, marketed as a game changer for hunters because of its rapid-fire ability, were halted by a 12-month ban imposed in July on guns that fire more than five rounds without the need for reloading.

But since then, more than 1000 five-round shotguns have been imported into NSW, with 701 sold to shooters and a further 373 held by dealers as stock.

“There was no Adler A110 shotgun 5 capacity identified on the Integrated Licensing System prior to 15 September 2015,” NSW Police said.

In Victoria, 602 Adler A110s have been registered by licence holders since September while 86 are held by dealers.

There are 2063 Adler shotguns “registered in possession” in Queensland.

The original version – which anti-gun lobbyists said had similar firepower to a pump-action shotgun – was banned by former prime minister Tony Abbott for six months, which was extended to 12 months, to allow time for the states and the federal government to consider a review of the National Firearms Agreement (NFA).

A spokesperson for Justice Minister Michael Keenan confirmed to AAP that at a meeting of commonwealth and state ministers and attorneys-general on November 5, 2015, an updated NFA was referred to federal, state and territory police commissioners and justice department secretaries for consideration.

“Once appropriate amendments to the NFA have been agreed by senior officials, the updated NFA will be reconsidered by the LCCSC (Law, Crime and Community Safety Council) in 2016, prior to being reviewed by the Council of Australian Governments,” the spokesperson said.

Gun Control Australia chair Samantha Lee told The New Daily in December, 2015, that the Adler A110 should be banned because it approximated the performance of semi-automatic weapons that were illegal under national gun laws.

“The arrival of this weapon in Australia shows that the legislation hasn’t kept up with the changes in gun technology,” Ms Lee said.

“The Adler A110 has the same specifications of a pump-action shotgun, including rapid-fire capability that national gun laws were designed to stamp out.”

Representatives of gun victims agreed and said the firearm should be banned because it would undermine the effectiveness of national gun laws introduced in 1996 by the Howard government.