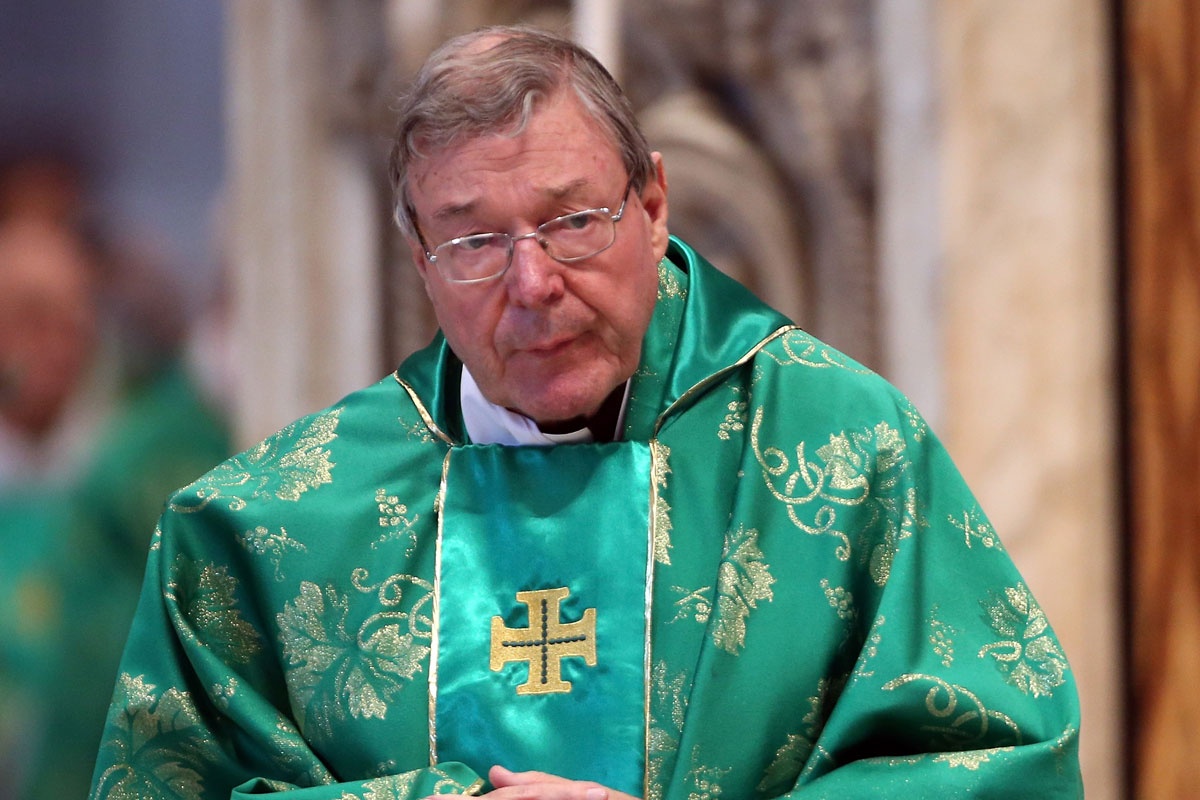 The third-most powerful man in the Catholic Church has admitted he was scared to face a group of sexual abuse survivors at the Vatican this week.

During the exchange, Cardinal Pell said his major concern was that, by meeting with the survivors of abuse at the hands of priests in the Ballarat Diocese, he did not want to “make things worse”.

“I was scared we’d go backwards rather than forwards,” he said.

When Bolt asked the clergyman for whom he might make things worse, Cardinal Pell replied: “For the church – for them (the victims).”

Bolt reminded the clergyman he said ‘the church’ first.

“That was perhaps a Freudian slip,” Pell replied.

It wasn’t the only “bad slip” Pell admitted to making this week.

Giving evidence via video-link, he told the royal commission on Tuesday that a widespread rumour of serial abuse by his former colleague Gerard Ridsdale – now a convicted paedophile – was “a sad story that was of little interest of me”.

Cardinal Pell has consistently denied knowledge of Ridsdale’s offending in the 1970s.

Defending the comments, he told Bolt it was a bad slip to say he was uninterested, and “completely in contradiction” to his life and work.

“And in my defence, “ he added, “19 hours of interrogation ain’t nothing.”

During the interview Pell also spoke of his treatment by the Australian media, saying it had been “very, very difficult and very upsetting”.

He encouraged people to judge him by his record and changes he had made to church processes, including “generous” payments to victims.

He also talked about the “colossal failure of leadership” in the church at the time, which failed to take decisive action on Ridsdale and other priests and instead moved them around the state.

“What is so overwhelmingly implausible is that we’ve got the worst paedophile in Australia active and the bishop not only gave him a second chance, but refused repeatedly to act,” he said.

“I might occasionally put my foot in it, but anyone who knows me knows I wasn’t going to be sitting there saying nothing if I was aware of that.”

Corruption in the Vatican

Cardinal Pell said he was committed to stamping out corruption in the financial section of the Vatican, which he heads.

He said action had already been taken to limit the influence of organised crime and corrupt conduct, which he said could have pervaded all levels of the establishment, except the Pope.

“I’m here trying to do with the finances … what I did with the paedophilia in Melbourne,” he said.

He also claimed that everyone involved in stamping out corruption in the Vatican had also been attacked by the press.

Australia’s most notorious pedophile priest was a tense and unusual man but not someone Pell came to know well despite sharing a house with him.

“I didn’t warm to him but we never clashed,” Cardinal Pell said, speaking of the 10 months he lived with Gerald Ridsdale at the Ballarat East presbytery where Ridsdale molested an 11-year-old girl in the 1970s.

The country’s now most-senior Catholic said Ridsdale in essence was “a mystery man”.

Cardinal Pell said Ridsdale was undoubtedly a capable man and was not someone people complained about to him at the time, even though they might have about other priests.

“I once celebrated mass after him and I remember his vestments were there and they were sopping wet from some tension or something like that, and I remember noticing that at the time, and I thought him a very tense man,” he said.

“But that’s the only particular characteristic (of Ridsdale’s) that I can remember.”

Cardinal Pell also revealed he later learned a psychiatrist treating Ridsdale in 1975 was contacted by police who said they had held concerns about him but were pleased something was finally being done about him.

However, the psychiatrist had been compelled to explain that he hadn’t been treating Ridsdale’s sexual behaviours, rather his anxiety.

Cardinal Pell, 74, who was questioned by the abuse royal commission over Ridsdale and other paedophile priests in the Ballarat and Melbourne dioceses this week, said he felt tremendous relief that everything was now said and done.

While acknowledging that his denials of a cover-up angered abuse victims who said he must have known, he said he regretted putting the church before victims in the past but he had never put himself before either.