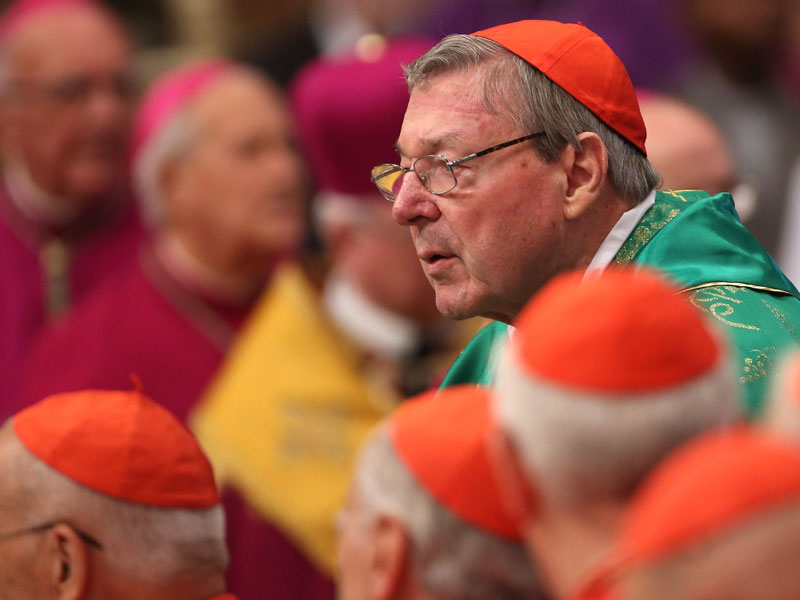 Over the past few days Australia has been given remarkable insight into the Catholic Church and also into the mind of the country’s most senior cleric – Cardinal George Pell.

Cardinal Pell, as Treasurer to the Holy See, is now third from the top in Rome.

Although too unwell to travel to Australia, he spent four gruelling days giving evidence into the early morning from a hotel conference room in the eternal city.

• So many paedophile priests a ‘disastrous coincidence’: Pell
• ‘I suggest you are lying to protect your reputation’
• Pell jeered by abuse survivors
• Pell: ‘It wasn’t of interest to me’

There is still speculation regarding what he did and did not know about paedophile priests and brothers, during his time as a priest in the Ballarat region of Victoria and then as an auxiliary bishop in Melbourne.

What is known for certain is he never took direct action to bring Australia’s most notorious paedophile priest Gerald Ridsdale, or other abusive priests – Peter Searson, Paul Ryan, John Day, Kevin O’Donnell or Christian Brother Edward Dowlan – to justice during those early years of his career.

Why? On Tuesday – day two of his evidence – he made a bombshell admission when he said while Gerald Ridsdale’s crimes were a “sad story” they were not of much interest to him.

The shockwaves were most keenly felt by the abuse survivors who had travelled to Rome to be in the same room with Dr Pell.

The cardinal’s first day of evidence on Monday left survivors with the perception that he was being conciliatory.

That feeling was blown on day two. From Rome, Gerald Ridsdale’s nephew David, who was molested by his uncle, summed it up: “It beggars belief … we are talking of moral leaders of towns and cities, and for them to have no interest in such behaviour seems remarkable.”

By day three on Wednesday, many of the 20 people gathered in Rome, including survivors and supporters, had given up on Dr Pell and decided to go straight to the Pope.

They may meet the pontiff on Friday and the cardinal will facilitate that meeting.

Cardinal Pell’s bombshell on day two was followed by a few hand grenades with his insistence that he was deceived by the Bishop of Ballarat Ronald Mulkearns, fellow priests and even the Catholic Education Office, who never shared with him the details of wrongdoings by paedophile priests and teachers.

He was challenged several times by counsel advising the commission, Gail Furness, about the complete implausibility of him not knowing what was common knowledge, especially about Ridsdale and Searson.

Cardinal Pell insisted he was not lying.

When he came in on day four, he changed tack slightly.

He explained that of course he was interested in and cared about the suffering Ridsdale had caused, and had said what he did because he was confused about the sequence of that question.

He also admitted he had made a mistake when he walked with Gerald Ridsdale to court in 1993.

The cardinal seemed a little horrified that commission chair Justice Peter McClellan could suggest that a church structure that dates back thousands of years might need changing.

It is apparent that everything he did as a priest and bishop was done in faithful adherence to that structure, which seems to operate on a principle of diminishing moral responsibility.

This means that all power in any diocese rests with a bishop and individual clergy have no real authority to effect change.

What was most interesting about Dr Pell’s explanations is he also believes people kept him in the dark because they knew he would be outspoken and reject any attempts to move paedophile priests around parishes.

There are many who think Cardinal Pell wants to be pope.

We are left wondering if his faithful adherence to church structure was because he always had both eyes on his church career.

*Annette Blackwell is a reporter for AAP

Eyes on the job: Pell devoted to the Catholic Church