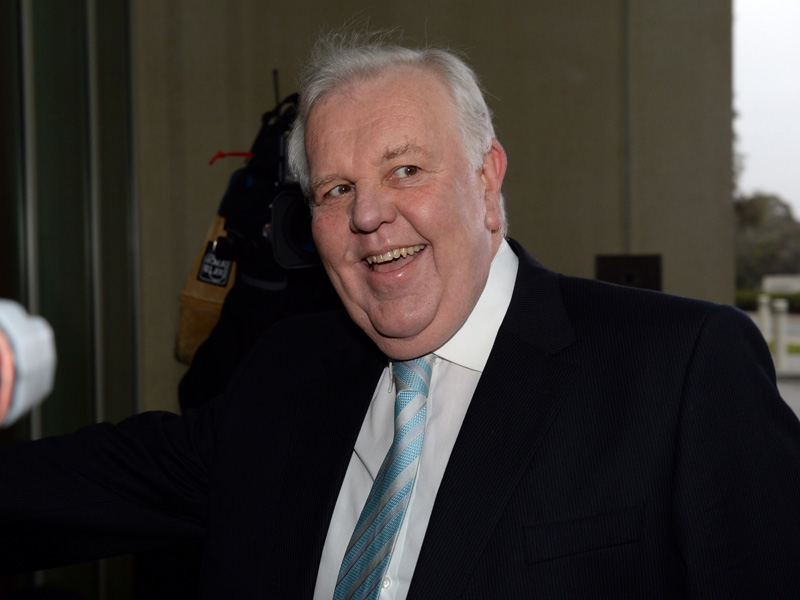 West Australian Labor Senator Joe Bullock has announced he is quitting politics over his party’s position on same-sex marriage.

Senator Bullock is a right-wing faction powerbroker in the WA Labor Party and entered the Senate in 2014.

He made the announcement in Senate on Wednesday night, saying he had long been against same-sex marriage and could not remain a Labor MP, given that the party will remove its members’ ability to vote with their conscience on the issue in 2019.

“Instinctively I know if your job requires you to do which you believe to be wrong, there’s only one course of action: resign,” he said.

“As a member of the party, I’m free to disagree with the party policy, to lobby for change, and to encourage people to join the party with a view to achieving that end.”

However, he said, as a member of the parliamentary Labor Party, he had different obligations.

“As a Labor Senator, it’s my job to tell voters that it doesn’t matter that Labor will outlaw the conscience vote on homosexual marriage, and to recommend a vote for Labor without reservation.

“That’s the job description of a Labor Senator. It’s a job which I can’t do.”

Senator at odds with party over Safe Schools

Senator Bullock has loomed large in WA politics for many years.

His patronage has got other WA Labor figures into Parliament and in 2014 he stepped out of backroom roles and into office himself.

But Senator Bullock, a man with conservative views on abortion and same-sex marriage, soon found Canberra a lonely place.

As recently as last week, he found himself at odds with his party after he called for the Safe Schools anti-bullying program to be “immediately stopped”.

He told News Corp it was a terrible program “so narrowly focused on homosexual issues that it doesn’t provide the sort of balance one would hope”.

In 2014, he was forced to apologise “unreservedly” for attacking former Labor Senator Louise Pratt at a Christian function in Perth.

Opposition Leader Bill Shorten released a statement thanking Senator Bullock “for his years of service to the Labor Party and decades representing some of Australia’s lowest paid workers”.

“I don’t agree with his views on a number of issues — including marriage equality — but I respect his right to hold those opinions,” Mr Shorten said.

Senator Bullock is the fourth WA MP to announce they are quitting politics, following the retirements of Gary Gray, Melissa Parke and Alannah MacTiernan.