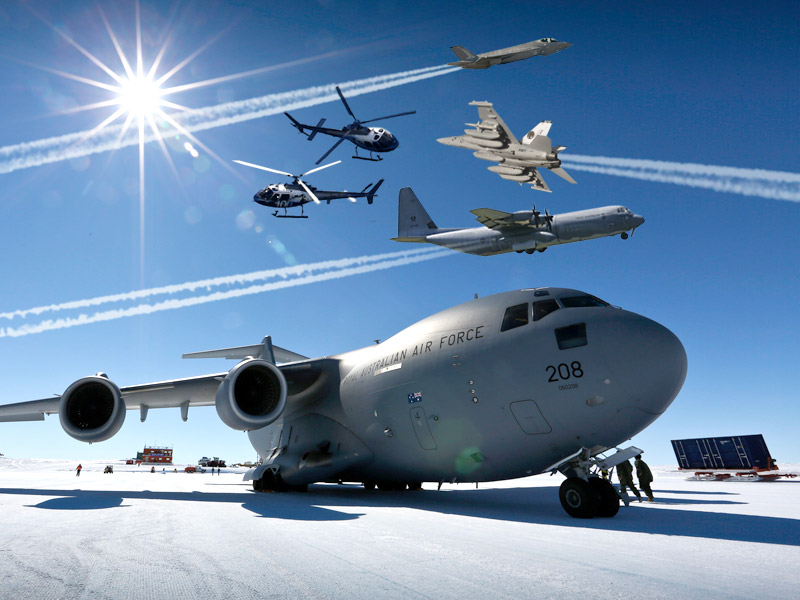 The Turnbull government will spend $195 billion to expand Australia’s military might in the next decade to ensure it becomes “powerful on land and in the skies and more commanding both on the seas and beneath them”.

Under a swathe of new spending programs announced on Thursday, Mr Turnbull said Australia needed to invest in its defence forces and industries to preserve peace and prosperity in its region.

The big splurge – announced in the 2016 Defence White Paper – is bound to exert more pressure on other areas of government spending because the cost of Mr Turnbull’s proposals will add at least $30 billion to the former Abbott government’s estimates for the defence budget over the next 10 years.

Mr Turnbull said the massive spend was necessary because Australia was now facing its greatest defence challenges since the Second World War.

“And this complicates the outlook for our security and strategic planning.”

A minor war of words broke out following the release of the white paper, with China publicly criticising the plans.

Chinese Foreign Ministry spokeswoman Hua Chunying said his nation was “dissatisfied” with what it saw as “negative” comments about the South China Sea in the document.

Ms Hua said China did not want to see an arms race and hoped relevant countries could give up joint drills and withdraw their military presence in the region.

Here’s a rundown of what taxpayers will fork out to keep the country safe:

We still don’t know whether the government’s promise to build the new submarine fleet in Adelaide will be honoured, but the build is going to cost local taxpayers plenty.

Design and construction of the new subs will soak up at least $50 billion, while fit-out of weapons and systems will cost at least $5 billion.

The second biggest ticket item in the defence overhaul package relates to the modernisation of Australia’s air strike capability.

The government will invest $15.3 billion to acquire 72 F-35A strike fighters from US manufacturer Lockheed Martin.

From 2020, acquisition of these aircraft will progressively replace the Hornet as Australia’s main air strike asset.

The new F-35A fleet will be complemented by the acquisition of 12 E/A – 18G Growler attack planes produced by Boeing.

The Growlers, which will cost $2.1 billion, are an advanced version of the Super Hornets and are expected to be in service by 2017.

The army will upgrade its current fleet of battle tanks.

It uses US-manufactured Abrams, which the white paper said would be improved for ground combat.

The government wants to enhance their “lethality” and interoperability with other ADF systems.

This project has been in the pipeline for several years, with three new warships under construction at the ASC’s manufacturing facility in Adelaide.

The first destroyer, to be named the HMAS Hobart, is expected to be in operation in 2017.

The second warship, the HMAS Brisbane, is earmarked for completion in 2018, while the HMAS Sydney is expected to be operating in 2020.

Costs associated with the building of the Brisbane have blown out considerably after defects were highlighted in a report prepared by the Australian National Audit Office.

The ANAO questioned why the ships were being built in Adelaide and found that the project had been undermined by poor drawings and ineffective building practices.

The final cost of the rollout is still not clear.

In addition to the $9.1 billion construction bill, the destroyers will also require a further $5 billion to cover the installation of combat systems.

The national fleet of European-built Tiger attack helicopters will be replaced with new generation craft from around 2025.

The overhaul of the helicopter fleet will also entail the addition of tactical unmanned systems.

The Defence Department is yet to select a replacement for the Tiger.

Other big-ticket spends contained in the package included the following: Australia’s $195b spending spree on defence