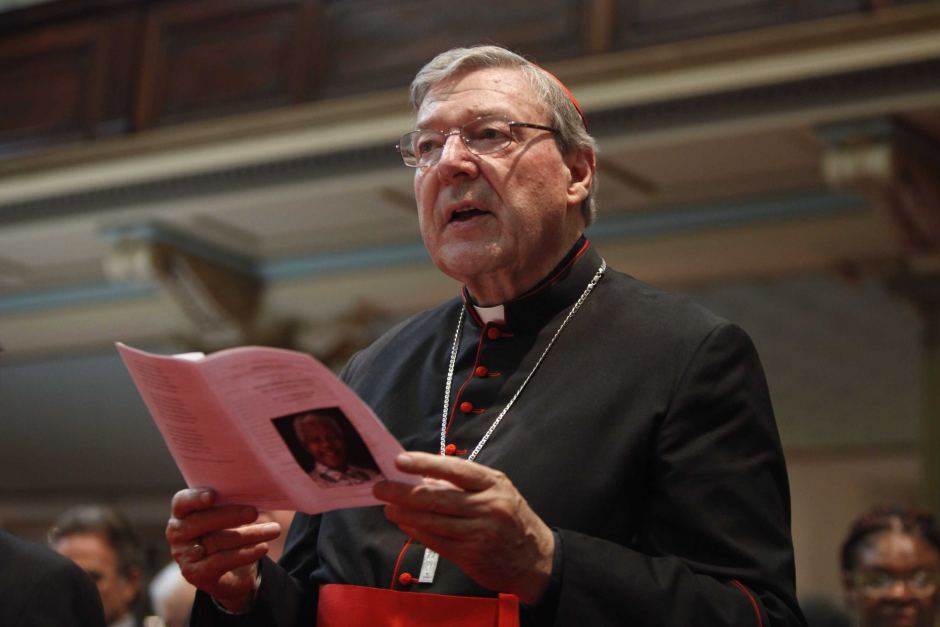 A statement from Cardinal Pell’s office said details of the allegations were published in the Herald Sun, and were “scandalous and utterly false”.

Cardinal Pell has denied the allegations.

“The article published by the Herald Sun leads to the conclusion that this information must have come from Victoria Police or another agency working with it,” the statement from Cardinal Pell’s office said.

Cardinal Pell said the allegations had “never been put to me by police”.

“The leak was clearly designed to cause damage to me as a witness ahead of my evidence in the royal commission next week,” the statement read.

Victoria Police said it had referred the matter to the Independent Broad-based Anti-corruption Commission (IBAC).

“Victoria Police is concerned about media reporting alleging that police have leaked details of a sensitive Taskforce Sano investigation,” a statement read, adding the organisation “takes this allegation seriously”.

Cardinal ‘entitled to presumption of innocence’

A spokeswoman for Mr Scott said it was inappropriate for the Acting Minister to comment on any matter before police or IBAC.

However, Treasurer Tim Pallas said there was no need for an inquiry as to how the allegations became public.

“We’ve got royal commissions, we’ve got police investigations; if you add inquiries into that, quite frankly it’s a bit like a dog chasing its tail,” he said.

“It’s more important that the substance of the issues are determined and the matter’s properly before the royal commission and Victoria Police.”

He said Cardinal Pell was entitled to the presumption of innocence.

The Cardinal, 74, is due to give evidence to the child abuse royal commission via video link in Rome on Feburary 29, after he was excused from appearing in person due to ill health.

A group of survivors will fly to Rome to hear Cardinal Pell’s evidence in person after a GoFundMe campaign raised funds for their trip.

Commissioner Justice Peter McClellan told the third public hearing sitting in Ballarat the survivors’ request was “reasonable” and that the commission was trying to find a suitable location for the testimony in Rome.

He told the inquiry a suitable hotel room in the city’s centre had been located and tests would be carried out to ensure the hearing could be video linked back to Sydney.

The group of 15, made up of 10 survivors and five support staff, will leave for Rome on Friday.