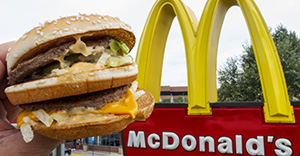 Michael Meakin said he was driving to McDonalds when the incident happened. Photo: Supplied.

The hijacking theory was discarded during the early stages of the investigation. Here’s why it’s being looked at once again Read more

Would you join the “rat tribe” and forego natural light in exchange for cheaper rent and a shorter commute? These brave souls did Read more

The big Hollywood secret no one ever talks about … until now

While mobile bills continue to rise, this telco is fighting back on behalf of consumers. And they are doing it with super generous deals Read more

Nick Kyrgios did an impromptu Q&A on Twitter. It was … interesting

Late last night the world found out whether the tennis star likes pineapple on pizza, what he eats during tournaments, and when to shave Read more

Local internet pirates, meet one of your very angry victims. The latest challenge to internet piracy could set a homegrown precedent Read more

Our imprisonment rates are growing exponentially. And one academic says the blame rests squarely with a single group Read more

New data shows more than 1200 postcodes did not meet govt standards for child immunisation. These are the worst offenders Read more

Good news for TV lovers. Some shows ‘make you a better person’

For years we’ve been told tuning in makes us tune out. However, a new study suggests binge-watching might actually pay off Read more

As the govt looks for ways to fix the budget, two workers tell TND that halting super increases could make their retirements difficult Read more