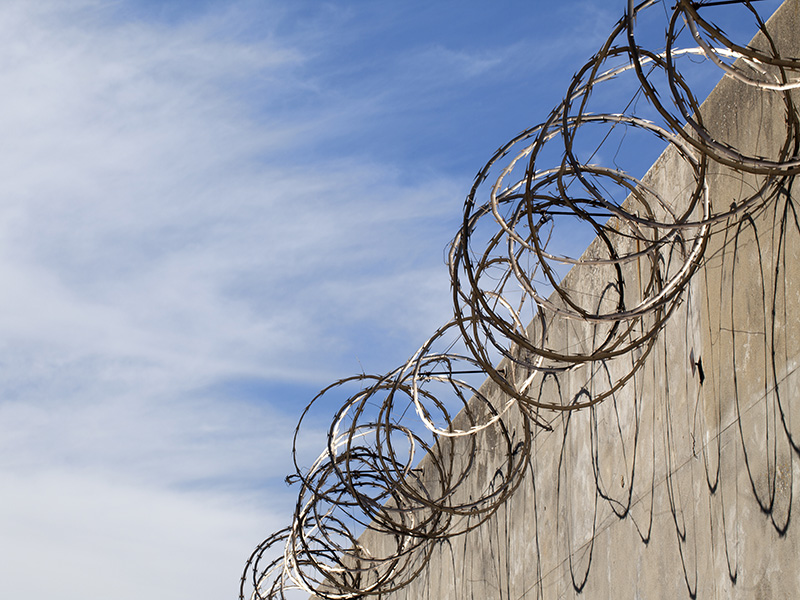 More Australians are in prison now than at any time in the nation’s history.

That’s the finding of one of Australia’s leading criminologists, Don Weatherburn, who delivered a paper on Australia’s ever-rising incarceration rates at a conference in Brisbane on Thursday.

Dr Weatherburn, director of the NSW Bureau of Crime Statistics and Research, told The New Daily there’s one reason for the explosion in the number of prisoners held in the country.

He blamed the endless thumping of law and order issues by politicians, who he argued were exploiting public fear and ignorance.

Fear and loathing now dominates the debate, a reversal from the 1970s when surveys showed most people supported rehabilitation and keeping people out of jail where possible.

During the past 30 years, politicians have enacted a series of policies that resulted in more people going to jail, being refused bail and staying in prison longer.

There are now 36,000 Australians in prison, costing taxpayers $2.6 billion a year, although in fact crime rates have been falling since the year 2000.

If the imprisonment rate in Australia continues to grow at the same rate, within three years there will be more than 43,000 people in prison, at a cost of $3.5 billion a year.

Australia’s incarceration rates are higher than Britain, Canada and much of Europe.

The costs of high imprisonment regimes is both personal and social.

“The moment you put someone in prison you substantially reduce their prospects of getting a job, they will be on social security on release, more taxpayer money down the tube,” Dr Weatherburn said. “The economy doesn’t grow as well as it could and the taxpayers are forking out more than they should.”

He argues the cheapest solution to the nation’s burgeoning prison population and associated costs is for politicians to stop beating the law and order drum, and show some compassion and common sense.

And to introduce social policies which put people into work, not into prison.

Mr Weatherburn claims the fall in crime rates has nothing to do with increased imprisonment. Instead, he said it has been driven by the end of the heroin epidemic, a booming economy and high employment rates between 2000 and 2010.

Rising heroin use from the 1970s led to a situation where Australia had some of the highest property crime rates in the world, a situation which began to reverse in 2000.

“We started out with a genuine crime problem, which was huge in the 1980s and 1990s,” Dr Weatherburn said. “We got tough, as most societies would.

“That problem disappeared in 2000 but most people haven’t woken up to the fact we have had 15 years of falling crime rates.

“When we have surveyed the public it is amazing the number who have no idea what is going on. The public are ignorant and politicians are too nervous to do anything that looks like they are going soft on crime. Sections of the media are all too willing to exploit the situation. We are all involved.”

The number of indigenous Australians in prison is now 45 times higher than they were at the time of the Royal Commission into Aboriginal Deaths in Custody, a four-year inquiry which began in 1987 and was equivalent in impact to the Bringing Them Home report or Reconciliation in terms of national soul searching.

At the time, all Australian governments committed themselves to reducing the number of Aboriginals in custody. But however many well-intentioned government programs were spawned, matters only got worse.

“Aboriginal kids are so frequently picked up by police it is a case of not if but when,” he told The New Daily. “The stigma of incarceration falls away when so many of your uncles, brothers and relatives have all been to jail.

“There are no jobs, and too many Aboriginal people are lost in an endless cycle of substance abuse and crime.

“At some point you have to cut the Gordian knot. You have to give them the capacity to get out of that situation. For my money the starting point is to improve school retention and create jobs.”

John Stapleton has worked as a journalist at The Sydney Morning Herald and The Australian. His most recent book, Terror in Australia: Workers’ Paradise Lost is available in digital format at all major outlets, including Amazon, Barnes & Noble, iBooks, Google Books and at Australia’s major online bookstore Booktopia Prison population in Australia has climbed