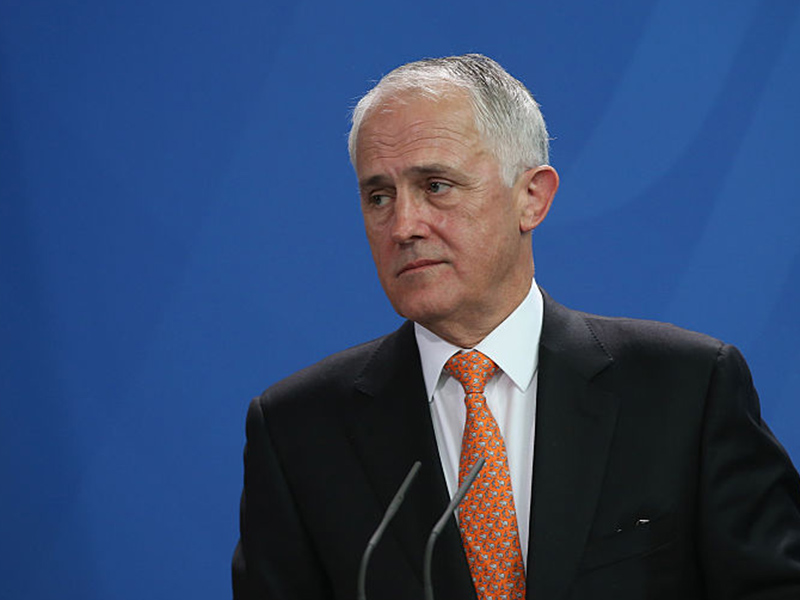 History has it that governments lose elections rather than oppositions win them. There’s no doubt voters wanted rid of the Rudd-Gillard circus even if it meant voting for Tony Abbott’s Liberals.

But there is a salutary lesson in all of this for the present government. The latest Fairfax-Ipsos poll shows the crown is slipping and the self-harm with ministerial scandals and policy waffle is taking a toll.

The week in the run-up to the poll saw the government stonewall as serious allegations were made against minister Stuart Robert for confusing public duty with private interest.

• Bongiorno: struggle for PM’s new faces
• Support for Turnbull on the slide
• Palmer ‘not sure’ if he authorised donations

At 52-48, the Coalition is still in a winning position but there is an eight-point turnaround in the past three months that has made Labor competitive.

Not content with the head of Human Services Minister Stuart Robert, Labor has now referred his controversial trip to Beijing for a business mate and Liberal donor to the police.

Labor’s Mark Dreyfus argues there is a case at face value of ministerial impropriety crossing the line into criminality.

In a bland statement from Malcolm Turnbull, we were told that an inquiry had found that Mr Robert’s private trip to Beijing had flouted the guidelines because he had shares in the companies of Paul Marks, the millionaire whom he went to help.

No mention was made of the fact that Mr Marks is one of the Liberal Party’s biggest single donors. He has given $2 million over the past two years.

There is no doubt that Mr Robert’s presence at a signing ceremony in China was to add credibility to Mr Marks’ efforts to attract millions of dollars of investment from a Chinese state-owned company for one of his projects.

Mr Robert’s problem now is, as a shareholder, he too would benefit from lending his official status to the sales job. What the Federal Police make of this remains to be seen.

But beyond doubt, the Robert affair points up the shocking inadequacy of Australia’s political donation regime. There is not enough accountability or transparency.

This situation was made worse by the Howard government in 1996 raising the donation disclosure threshold from $1500 to an indexed $13,000 with no real time disclosure as in the United States.

Attempts in 2013 by the Rudd Labor government to drop the threshold to $5000 in a compromise were stymied at the last minute by then Opposition Leader Tony Abbott.

It wasn’t the system that caught Mr Robert out. It was investigative journalism on the part of the Herald Sun in Melbourne with considerable backdoor help from the Labor Party and elements of the Liberal Party.

The Herald Sun also revealed Mr Marks asked Mr Robert to set up a dinner in Canberra for him and another billionaire Chinese businessman. The timing was in the run-up to the 2013 election.

Mr Abbott and Scott Morrison duly turned up and, along with others, received Rolex watches worth thousands of dollars from the businessman.

Nothing impresses the Chinese more than influence. Mr Marks was no BHP Billiton, so to impress investors he needed to show he had friends in high places. If it cost $2 million to facilitate access it would be small beer indeed compared to winning mega-millions of dollars for his developments.

Attracting investment is a good thing. Ministers of all hues lend their support to it. But one has to ask why did Mr Robert wanted to keep his trip secret? Did he flout the rules because the chances of being found out were slim?

Mr Marks told the Herald Sun it was being negative and not focussing on the benefits to the nation if his mining project went ahead.

In Queensland in the 1980s, I witnessed first-hand the “white shoe” brigade buying off ministers and even a Premier for huge gains. The Fitzgerald Inquiry didn’t buy their argument: “What’s good for me is good for the state.”

Past lessons are haunting the PM of the present