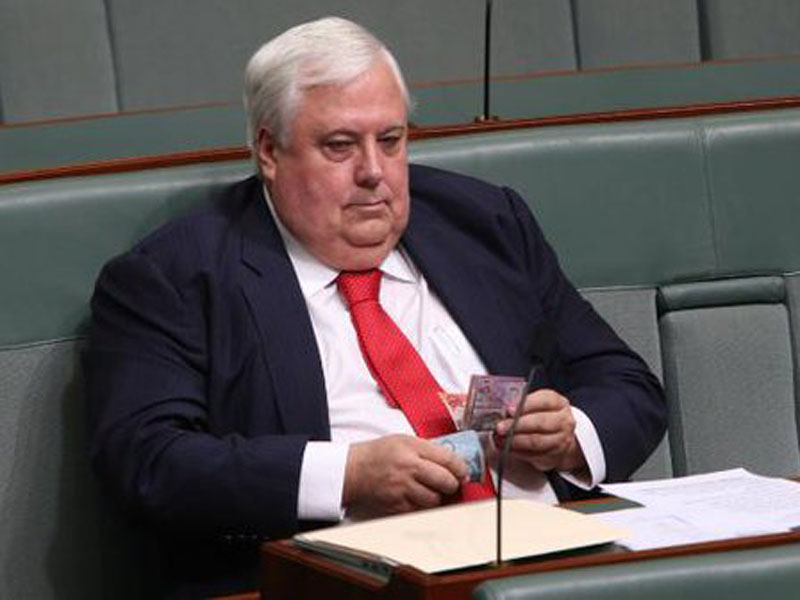 Palmer United Party (PUP) leader Clive Palmer has claimed he is unsure if he  authorised a large donation from Queensland Nickel to his party in 2015.

The Australian Electoral Commission (AEC) released its annual financial disclosure returns for 2014-15 on Monday, which revealed Mr Palmer donated almost $10 million to his political party during the past financial year, with $6 million of that coming from his embattled Queensland Nickel refinery.

The plant was placed into voluntary administration a fortnight ago with 237 employees from its Townsville site sacked, most likely without entitlements.

Mr Palmer told ABC’s Lateline on Wednesday night he was unsure if he authorised donations across a 26-day period from January to February 2015 when he was in control.

He said it would not matter either way.

“I was a shareholder who passed the accounts in June 2015. I authorised those accounts, I own the company, it’s as simple as that,” Mr Palmer said.

When questioned about workers’ entitlements and whether he should have allocated funds to pay them, he replied that the refinery was “in good financial shape” when it made the political donations.

“I don’t control the international nickel price worldwide and the very fact that our management could keep so many people employed for so long … shows what a great job they did.”

Meanwhile, Mr Palmer also denied allegations that he was secretly running the refinery under an alias, after moving into politics in 2013 and saying he would keep his distance.

According to The Australian, Mr Palmer used a “Terry Smith” Yahoo email address to sign off on purchases and keep an eye on the operations of the Townsville refinery — a process described by a corporate lawyer as legal but “really weird”.

But he did reveal that he remained involved in an expenditure committee and signed off on business emails under the name ‘Terry Smith’.

“As I go around Australia, I often send an email back from whatever email I can use. That’s all that’s about,” he said.

However, Mr Palmer “couldn’t say” who Terry Smith was.

“Now that’s — there’s no denying that. I’ve said that. What’s the problem?”

Palmer ‘not sure’ if he authorised donations