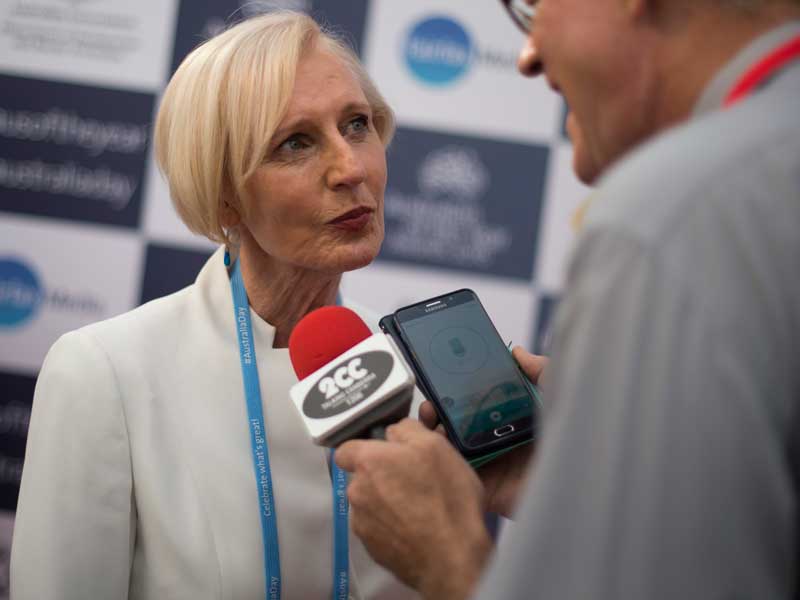 Catherine McGregor has apologised to David Morrison after branding him a “weak and conventional choice” for 2016 Australian of the Year.

The Queensland finalist, who used to work for the former army chief, said she felt really sad the board of the National Australia Day Council “did not have the courage to go with an LGBTI person”.

“I thought it was time … it was a weak and conventional choice,” she told the Star Observer, a prominent gay and lesbian publication.

“I think I’ll die without seeing a trans Australian of the Year and I think that’s terribly sad.”

While the soon-to-be-retired Royal Australian Air Force group captain congratulated her former boss and friend on winning the top honour, she said he had a lot to learn about transgender issues.

She said Mr Morrison showed a “lack of skill” by referring to her by her former male name, Malcolm, in interviews after he won the award on Monday night.

“He didn’t do it intentionally … but that showed a clunkiness he needs to learn,” she said.

“I apologise to David Morrison and to the selection committee,” she posted.

“I will not make further comment on this issue.”

Morrison a ‘weak and conventional choice’