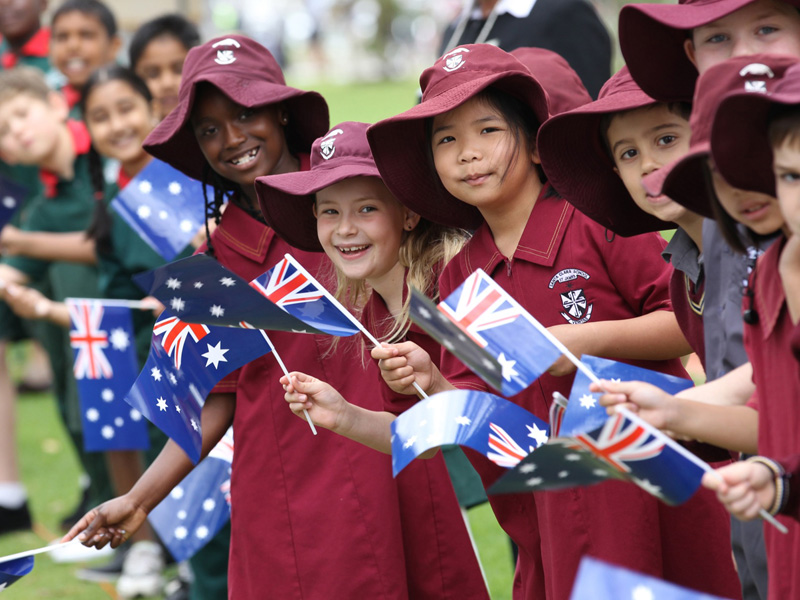 Grade one kids need to be tested in reading and maths, say academics.

Australia is staring down the barrel of classroom and teacher shortages in the coming decade as a result of a population boom, educational experts have warned.

There has been a failure to plan for enough classrooms to cope with a significant increase in student numbers now beginning to work their way through the system after birth rates began increasing.

The problems are expected to become particularly evident in secondary schools over the next decade.

Shortages of both teachers and classrooms are unevenly spread within cities and even within schools, depending on subjects and location.

Dr Peter Goss of the Grattan Institute told The New Daily the population of students was growing particularly rapidly in Melbourne, but was confined to particular local government areas popular with young families.

These were the inner-city areas and the outer growth corridors. Only 11 out of 80 council areas were affected.

Dr Goss said the country’s two most populous states, NSW and Victoria, had seen low growth or no growth in student numbers in the 20-year period from 1990 but both states were now seeing high growth, and it appeared to have taken politicians and planners by surprise.

The demographic bubble was being driven by interstate migration, high immigration since the mid-2000s and a mini baby boom which started off in 2006.

Grattan Institute analysis supplied to The New Daily shows there will be an additional 160,000 students in Victorian schools between the years 2016 and 2026.

Housing these students will need about 7200 extra classrooms and the same number of teachers.

“Our system is not set up for good long-term planning,” Dr Goss said. “In the outer growth corridors the challenge is how do you build a good school which becomes a foundation for a successful community. In the inner-city the issue is all about the price and scarcity of land.

“Poor government planning is at the heart of it.”

Head of the Australian Education Union’s Victorian branch Meredith Peace told The New Daily the Victorian government’s failure to open a single new state school this year was a disgrace.

“There are areas where parents desperately want schools to open and students are forced to travel considerable distances,” she said.

“No doubt those long days can impact on a child’s learning. The data is there. We should know where the upgrades need to be completed so we have the classrooms in place.”

Dr Paul Weldon from the Council for Educational Research told The New Daily that within two years secondary schools in almost all states would start to see an increase in student numbers.

“I suspect that there are a lot of teachers leaving because they are not getting support or feel overworked,” he said.

Teachers in subjects like languages, mathematics, physics, chemistry, geography and IT were already in short supply in some areas.

He called for more in-depth analysis of population growth in order to identify where teacher shortages would occur.

“Outside the S.E. corner it is extremely difficult to get teachers. For nearly two decades research has shown teachers leaving in large numbers in the first five years. Half give up within that first five years.

“It is an issue we have not been able to make inroads into.”

He said the profession was about to be hit with a double whammy, with an aging workforce at the same time as there was a major growth in the student numbers forecast.

He said the education system was vital for the future of the country. In America, governments planned where to build new prisons based on the failure rates at local high schools.

“We do not want to go the way of America,” he said.

Federal Minister for Education Simon Birmingham told The New Daily the Turnbull government was delivering record Commonwealth funding for schools of $69 billion over four years, representing growth of 28 per cent to government schools from 2014/15-2018/19.

“The Turnbull government is committed to ensuring that all entrants into teaching possess both the necessary academic skills and personal qualities to be a successful teacher,” he said.

“Importantly, while we are requiring universities to improve the entry criteria for teacher training we are also putting minimum graduation benchmarks in place.