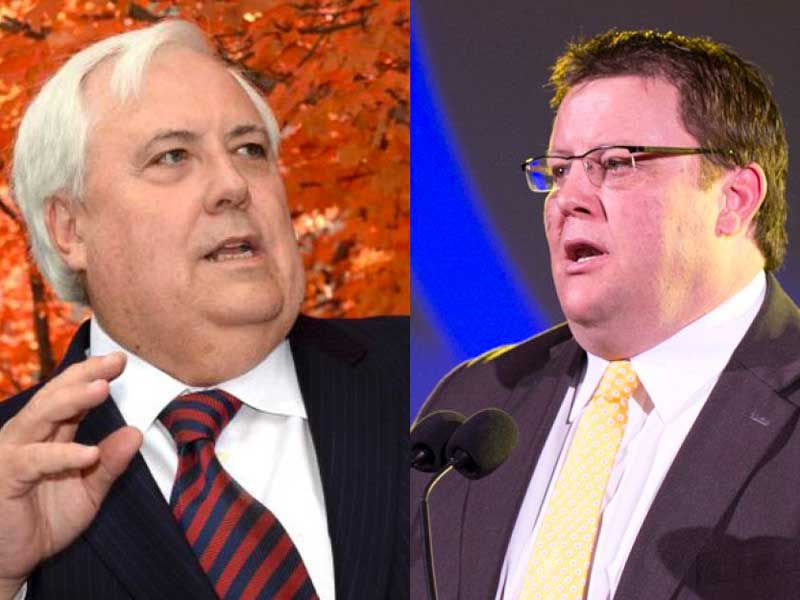 Former party colleagues Clive Palmer and Glenn Lazarus have been drawn into a political mudslinging match over electoral funding donated by Queensland Nickel.

The company was placed into voluntary administration on Monday, just days after 237 workers were sacked.

Documents obtained by the ABC on the weekend showed Queensland Nickel had donated more than $21 million to the Palmer United Party (PUP) over the past two years and Mr Palmer said part of the funds should be paid back by his former colleagues.

In a statement, the PUP leader said Senator Lazarus – who split from the party 10 months ago – was the main beneficiary of the party’s $10 million electoral campaign.

“He refuses to pay back the money spent in order to get him elected,” Mr Palmer said.

“It seems like Senator Lazarus wants to take and never give.”

Mr Palmer also took aim at Senator Lazarus on social media, following an interview between the independent Senator and the ABC.

Senator Lazarus told the ABC Mr Palmer could have offloaded assets to bail out his troubled business and he needed to take responsibility for the situation facing the business.

He said he spent a lot of time discussing Mr Palmer’s businesses and assets while he was in the PUP.

“I was certainly privy to what businesses he had, what assets he had,” he said.

“I would have thought that him, by offloading some of that and creating some funds, may have been able to save their jobs.”

The relationship between the pair has been volatile since Senator Lazarus’s departure from PUP in March, prompted by the sacking of his wife from the party.

At the time, he said he had witnessed Mr Palmer swear and yell at people, allegations Mr Palmer denied.

Her departure followed that of Senator Jacqui Lambie in November 2014.

Mr Palmer is also facing criticism from Resources Minister Josh Frydenberg, who this morning confirmed that the Federal Government was asked to help “bail out” the refinery.

Mr Frydenberg told the ABC that while he was not in a position to ask Mr Palmer to leave politics, the Fairfax MP did need to face his constituents.

“He’s got plenty of questions to answer, especially about those political donations that that company made,” he said.