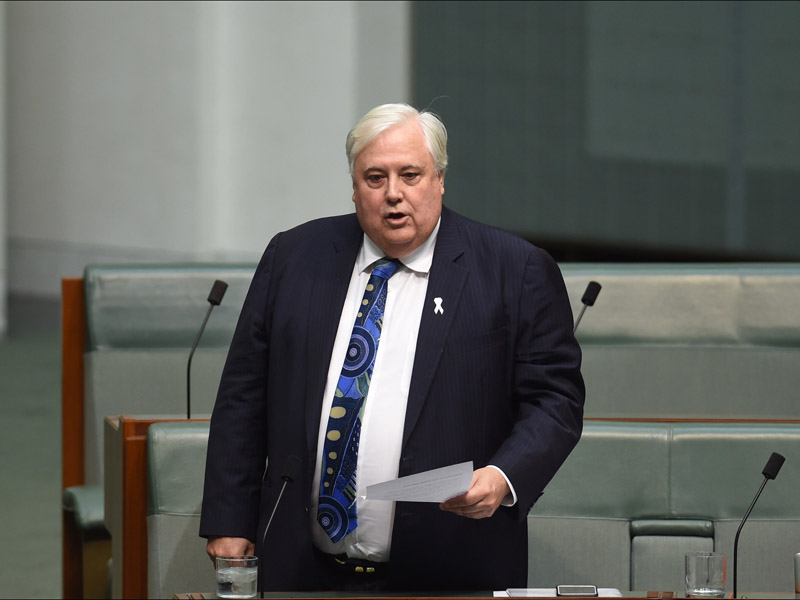 The cash-strapped company’s directors appointed FTI Consulting as the administrator on Monday morning.

The move came as Mr Palmer announced last week that 237 workers would lose their jobs at the plant.

FTI will carry out an urgent assessment of the company’s finances and determine whether it was still viable.

“No significant changes to the company’s trading operations are anticipated in the immediate term,” FTI Consulting’s John Park said in a statement on Monday.

“As administrators, we will act independently at all times, although we will work with Queensland Nickel management and staff in continuing to operate the business.”

But, on Saturday, Mr Palmer defended multi-million-donations from the struggling nickel plant to the PUP.

The ABC revealed that Electoral Commission of Queensland (ECQ) figures showed Queensland Nickel donated $288,516 to PUP on December 31, just a fortnight before sacking staff at the Yabulu refinery near Townsville.

Mr Palmer told the ABC the nearly $290,000 donation was not made on the date listed on the report.

Meanwhile, Mr Palmer unsuccessfully tried to get the Queensland government to guarantee a $35 million loan to help ensure the ongoing employment of 800 workers at the refinery, as the company battled with 15-year low nickel prices.

A creditors meeting was expected to be held in late January.