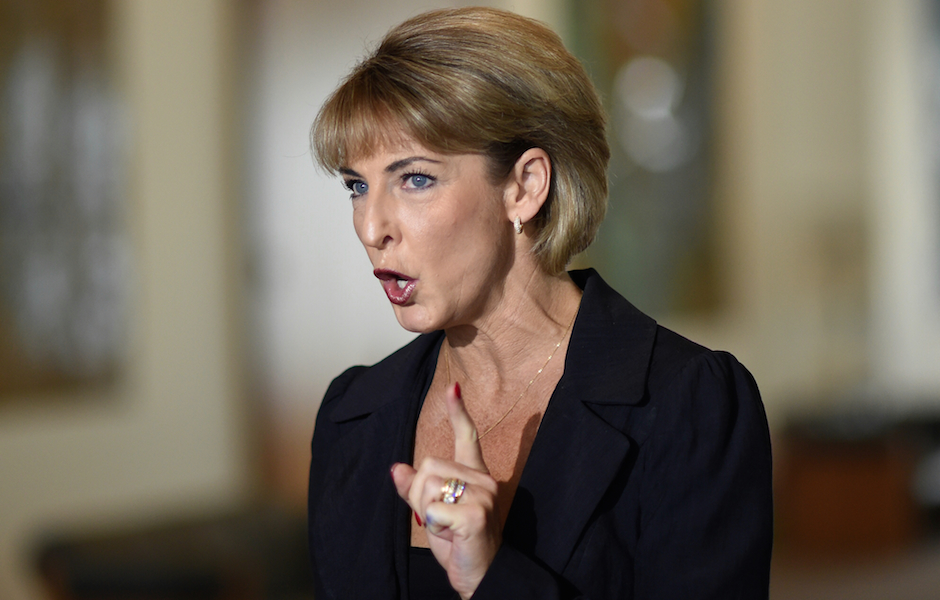 Women across Australia have reacted strongly to three highly criticised incidents within the political and sporting landscapes this week.

On Tuesday, Federal MP Jamie Briggs resigned from his ministerial role after he revealed a complaint was lodged about his conduct towards a female public servant on an official trip to Hong Kong in November, reportedly for kissing a political staffer’s neck or cheek and telling her she had “piercing eyes”.

Mr Briggs distributed a photo of the public servant to his colleagues, both before and after the complaint. A pixelated version of the photo of a woman with Mr Briggs’ chief of staff was leaked and then published by NewsCorp newspapers.

Meanwhile, Melbourne Renegades cricketer, Chris Gayle, was next to come under fire for “inappropriate, disgraceful” comments towards Network 10 presenter Mel McLaughlin, during a boundary line interview at a Big Bash League (BBL) match on Monday night.

The nation was up in arms about Gayle’s actions, which brought equality and sexism back into the media spotlight.

The New Daily spoke to some of Australia’s most influential women to ask: does Australia have a problem with sexism?

“Australia has a sexism problem, but so does every other country on the planet. Women are still not seen as being people in the same way men are anywhere in the world.

“Men are still considered the norm against which women are measured. Women are still judged more harshly than men for much lesser misdemeanours.

“Women still have to beg to be taken seriously by men, rather than trivialised and patronised regardless of their professional status and accomplishments.

“We need to listen to women when they explain what life is like for them, not scoff and mock and attempt to shut them down.

“We need to take women and their life experiences, their ideas and their perspectives as seriously as we take mens.”

“We should all critically examine our attitudes towards women – we must all reject a culture of disrespect – regardless of gender.”

In regards to the actions by Mr Briggs, Ms Cash said that an Australian Public Service employee was entitled to their privacy like any other person.

“It is important that all Australians feel safe in their workplaces to raise any concerns they have without fear of repercussions impacting their employment.”

When asked about Gayle’s behaviour during the BBL on Monday night, she said:

“All public figures are role models who set examples for others. They need to make sure that their conduct sets an appropriate example, especially in relation to younger people.”

“We will always have to keep fighting, there will always be boof-heads getting in the way,” Ms Cooke said about sexism within Australia.

“And it just seems to go on forever, with many overgrown boys who don’t get it, from the sporting arena to the Federal Cabinet.

“Rather than thinking we have to take arms and march or something, we are actually feeling exhausted [by sexism] and want to lie on the floor and roll our eyes. It’s a very tiresome business [being a woman].”

Ms Cooke said in order to address sexism across the country, each incident must be called out.

“It’s been great that all the sports journalists – male and female – have been supporting each other,” she said.

“It wasn’t the worst thing to happen in the world [that day] but we can actually change something [by addressing it].

“To have the cricket administrators and leaders respond to this is a huge leap forward.

“That is what feminism is about – we have to keep fighting and recognise what is common courtesy and respect.”

“I think we all understand what that means.

“You certainly don’t call men witches, do you – but why is it acceptable for a senior Cabinet Minister to use that as the way in which he offers support to his mate who’s had to resign because of inappropriate behaviour to a woman?”

Ms Wong called for an investigation into the leaking of the photo of the female diplomat who filed a complaint against Mr Briggs.

In regards to the Gayle incident, she said in a professional context women were entitled to be treated professionally and “it’s not being precious to say that”.

“The interesting activities of the past number of weeks demonstrate that some of our male colleagues still don’t get it in terms of treating all women with respect,” Dr Stone told the ABC.

“I think the most important fact is that it [the photo] was leaked, that someone didn’t see it as important to keep the woman’s identity strictly private.

“It is just an example of how we’ve still got a way to go in all parties.”

– with reporting by Anthony Colangelo Melania Trump: Bombshell revelations about what she did during US Capitol riot
Retailer pauses facial recognition tech trial after privacy complaint
Donald Trump grabbed at steering wheel in bid to get to Capitol riot
Two charged over US migrant truck deaths
Governor-General admits ‘mistake’ over Insta ad endorsement
Hundreds of hives destroyed in bee mite eradication effort
You don’t want to travel with these airlines
Today's Stories

‘Women still have to beg to be taken seriously’