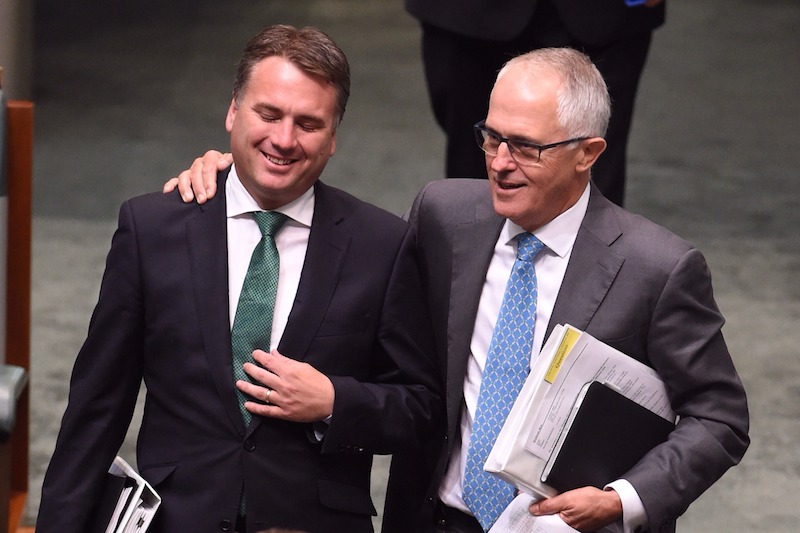 There is no point investigating who leaked a photo of a young female diplomat who made a complaint against the former cities minister Jamie Briggs, Prime Minister Malcolm Turnbull says.

Mr Briggs resigned from his portfolio last week after behaving inappropriately with a female diplomat at a bar in Hong Kong.

A photo of the public servant, taken by Mr Briggs and shared with colleagues, was then leaked to the media.

Mr Turnbull said it was disappointing, but he would not hold an inquiry.

“These leaks inquiries, they tend to come up with very little,” he said.

“I think we know the photograph was taken on Mr Briggs’s phone and he shared it, he shouldn’t have done it, quite clearly.”

Mr Turnbull said Mr Briggs had paid a “heavy price” by stepping down from the frontbench.

He told reporters in Sydney that his resignation showed how serious the government took its ministerial standards.

But when asked on any potential reshuffle or reprimand for Immigration Minister Peter Dutton — who mistakenly sent an offensive text to a reporter covering the story — Mr Turnbull sidestepped the question.

“I think everybody understands that leadership requires us to lead by example,” he said.

“The ministerial standards are very important. Australians expect their politicians, their leaders, to live up to those standards.

“In this case, the matter was looked at very carefully, in accordance with the proceedings, was done very carefully. It was done thoughtfully, and deliberately, it’s a serious matter.”

“The Prime Minister says that he’s setting high standards for behaviour and for approaches towards the involvement of women towards Australian society,” he said.

“If the Prime Minister is going to be a true leader, he’ll launch an investigation into how this photo was leaked to the media.”

Earlier, Acting Opposition Leader Penny Wong called for an investigation, while Liberal MP Sharman Stone said the leaking of the photo showed how behind the parties were in terms of respect for women.

“The interesting activities of the past number of weeks demonstrate that some of our male colleagues still don’t get it in terms of treating all women with respect,” Dr Stone told the ABC.

“I think the most important fact is that it [the photo] was leaked, that someone didn’t see it as important to keep the woman’s identity strictly private.”