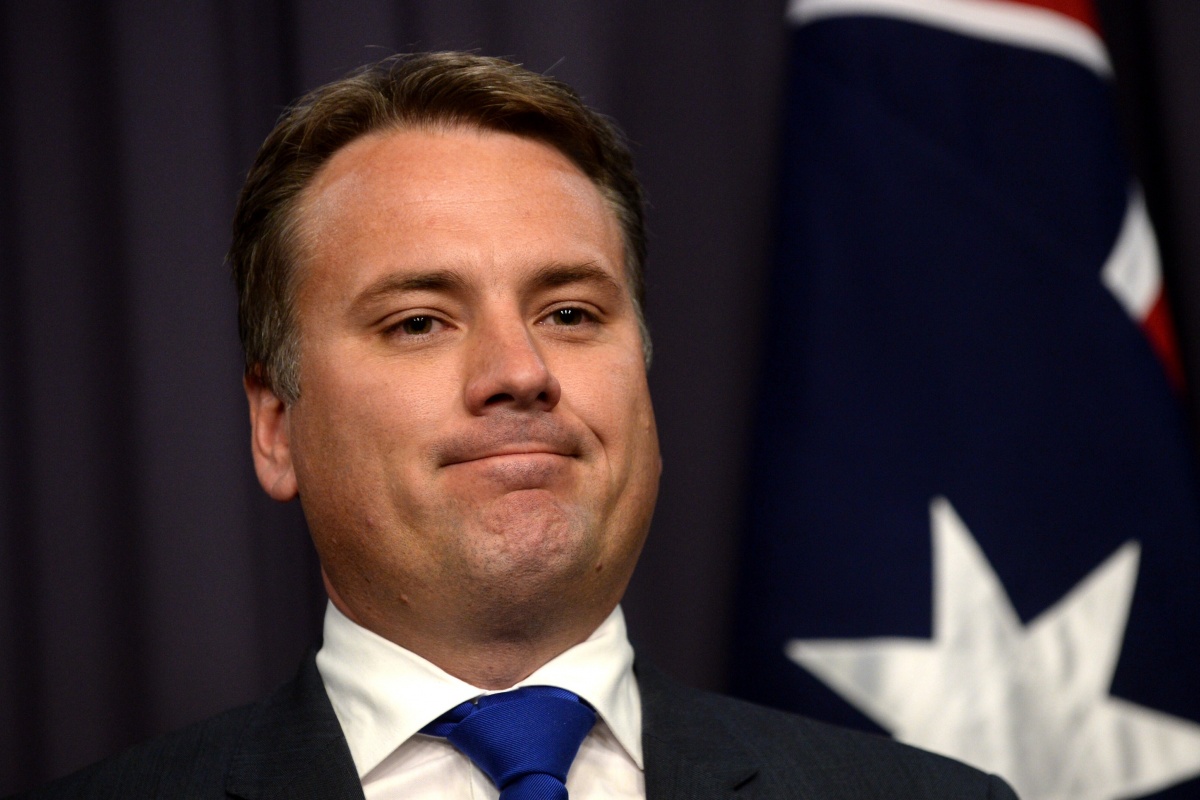 Minister for Cities and Built Environment Jamie Briggs has unexpectedly resigned from the frontbench following an incident with a female public servant at a bar in Hong Kong.

Mr Briggs announced his resignation from the ministry on Tuesday following behaviour which he said did not meet “the particularly high standards for Ministers”.

Although he provided no details of the event at a press conference in Adelaide, he said the incident had occurred after a dinner, attended by the staffer, Mr Briggs’ Chief of Staff and several other officials.

The announcement came on a big day of bad news for the Turnbull government – so much so that Acting Labor Leader Tanya Plibersek dubbed it as their day of ‘taking out the trash’.

TURNBULL’S ‘TAKING OUT THE TRASH DAY’

5am (AEDT): Day begins with news only about half of money raised through cuts to the Medicare Benefits Schedule will go towards listing new procedures
7am (AEDT): News emerges from Fairfax interview that Govt will not fund the final two years of Gonski reforms in the education sector
After 1.30pm (AEDT): Mr Briggs confirms his resignation for an unspecified incident
Before 2.00pm (AEDT): And before the ink is dry on the press release, Special Minister of State Mal Brough ‘stands aside’ after months of mounting pressure due to his involvement in Peter Slipper affair

Mr Briggs said he had not committed an illegal act – nor was it alleged.

“At the conclusion of the dinner, which I paid for personally, we went to a popular – and as it transpired very crowded – bar for drinks during which we interacted between the three of us and with others in what I believed at the time was an informal manner,” Mr Briggs said.

“At the conclusion of the evening, the public servant left to return home and my Chief of Staff and I returned to our hotel together.

“At no point was it my intention to act inappropriately and I’m obliged to note for the record that nothing illegal has been alleged or in fact did occur.”

In the days following the evening, concerns regarding the behaviour of the South Australian Liberal were raised and after “careful reflection about the concerns she raised” he decided to resign.

Mr Briggs, a father of three and married to former Howard staffer Estee Fiebiger Briggs, said he would not name the staffer at her request.

He also apologised to the government and the wider community for his actions, which he described as “an error of professional judgment”.

Prime Minister Malcolm Turnbull said he was “disappointed” by Mr Briggs’ conduct but added that he hoped he would still make a “valuable contribution” to the government going forward.

“The Minister for Cities and the Built Environment, the Hon Jamie Briggs MP, has resigned from the ministry,” he said.

“As Mr Briggs has noted in his public statement, Ministers are expected to uphold high standards of behaviour as set out in the Ministerial Standards.

“On this occasion, his conduct fell short of that standard. After being invited to reflect on his position, he offered his resignation – which I have accepted.

“While disappointed by the conduct that led to his resignation, I thank Mr Briggs for his capable service as a Minister.

“I look forward to Mr Briggs continuing to make a valuable contribution to the work of the government in the future.

Mr Briggs won a by-election for the South Australian seat of Mayo in 2008 and was the assistant minister for infrastructure and regional development until September.

Mr Briggs recently made headlines for hurting his leg during a party hosted by the former Prime Minister Tony Abbott following the Liberal party leadership spill.

He first claimed the injury was sustained while running, but later admitted he had attempted to crash-tackle Mr Abbott.