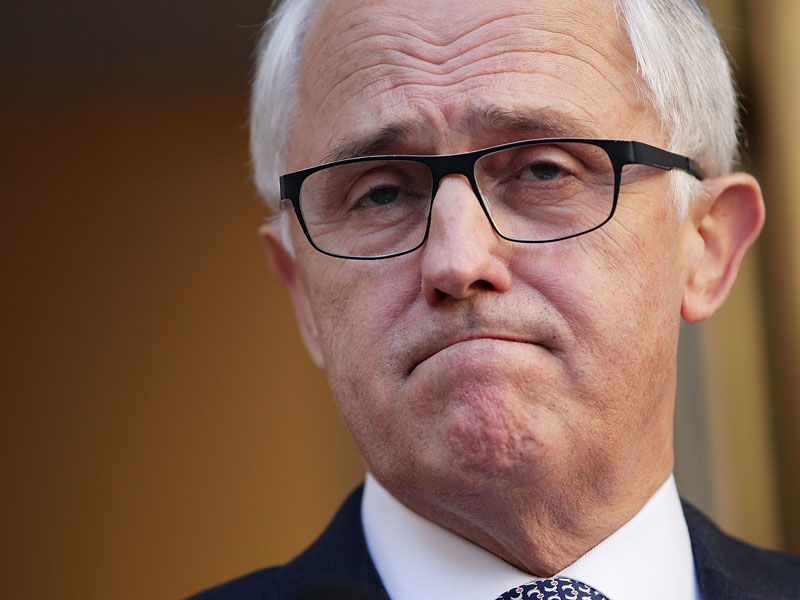 It’s called a political honeymoon for a reason.

Just like the traditional post-wedding day suspension of reality, new political leaders usually enjoy a brief period of sunshine when we, the voters, kid ourselves the object of our electoral affection can do no wrong.

But it’s usually not too long before realities intrude, throwing off the rose-coloured glasses to expose the all-too-real flaws of our political ‘beloved’. From that point, the longevity of the elector-electee relationship is a function of how hard each party is prepared to work to sustain it.

Former Prime Minister Kevin Rudd is perhaps the best example of how a political honeymoon can evaporate overnight into the electoral equivalent of marital acrimony.

Riding the Kevin07 juggernaut into the Lodge, PM Rudd’s popularity soon equalled that of Australia’s most loved PM, Bob Hawke.

When he shirked taking action on “the greatest moral challenge of our time”, it was if he’d broken the most solemn of conjugal vows.

Mr Rudd’s political honeymoon officially ended, even though the messy divorce was not to come until he’d torn down Julia Gillard in an attempt to win back our affection and voters rejected him at the polling booth.

And it’s likely to be only a matter of time until this political honeymoon is over too. Although perhaps our relationship with Mr Turnbull is more akin to the equally unrealistic world of the extra-marital affair.

We’ve been on a slow burn with Malcolm ever since voters rushed to ballot box with Tony in 2013 to avoid making another mistake with Kevin. We swooned over his leather-jacket appearances on QandA, tittered at his public transport jokes and stalked his social media accounts.

He grew in our electoral affection as the other man, but after despatching Tony Abbott and then sweeping us up in a whirlwind courtship followed by a hasty proposal, Malcolm is now striding purposefully alongside us towards the altar/polling booth.

The challenge for voters is to be sure Mr Turnbull is indeed the PM we want to commit to being in political wedlock with.

There’s certainly never been a more exciting time to be wooed by the charismatic former lawyer and merchant banker. But having been burned a succession of previous PMs, we want to be sure this time we make the right decision.

Is Mr Turnbull good with money? Apparently yes, given his vast personal wealth. But there’s clearly more to managing a country’s balance sheet than raking in the dollars.

The mid year budget update released by Mr Turnbull and his Treasurer Scott Morrison earlier this month at least showed some political nous in facing up to the realities of an ongoing budget deficit. But it also suggested the new PM hasn’t truly committed to his previously fine words about budgets needing to be fair – and seen to be fair.

Of all the challenges facing Mr Turnbull during the 2016 election year, getting the budget balance right will be the one that defines his relationship with voters. If he can convince us in May that the budget is fair as well as economically responsible, we will likely accept his proposal for another three years together.

But if the budget does not adequately deal with what is seen by the average voter as the key points of economic inequity – namely the apparent largesse afforded to the big end of town while the screws are applied to the poor and the weak – then voters will likely spurn Mr Turnbull’s advances.

Before committing to another parliamentary term with Mr Charming, there’ll be others ways in which we’ll seek assurance he’s not only economically competent but suitably compassionate.

We’ll each have our wish list of touchstone issues against which we’ll measure the quality and capacity of the man’s humanity; no doubt including asylum seekers, climate change, gay marriage and combatting terrorism.

Most importantly, we’ll expect our new political partner to treat us with respect and honesty. Any such relationship would avoid rushing voters to a shotgun election just in case the euphoria typical of a hot new relationship wears off more quickly than expected.

There will also be inevitable spats between voters and PM Turnbull over the political equivalent of who left the seat up or whose turn it is to take out the rubbish. But if the underlying relationship is strong, and based on mutual respect, then it should be able to endure the minor tribulations.

Call it what you will – an electoral honeymoon, the unexpected upgrading of a political affair, or simply the goodwill of an optimistic voting community – Malcolm Turnbull carries the hopeful expectations of many voters into 2016.

His decisions and behaviour alone will determine whether that bounty is a burden or a benefit.

If the PM chooses to treat voters respectfully and honestly, he’ll have set the foundations for a successful long-term political relationship – and there will be no need to worry about the end of the honeymoon.

Paula Matthewson was media adviser to John Howard in the early 1990s and then worked for almost 25 years in communication, political and industry advocacy roles. She is now a freelance writer and communications strategist. She tweets @Drag0nista.

Why 2016 is make or break for Malcolm Turnbull