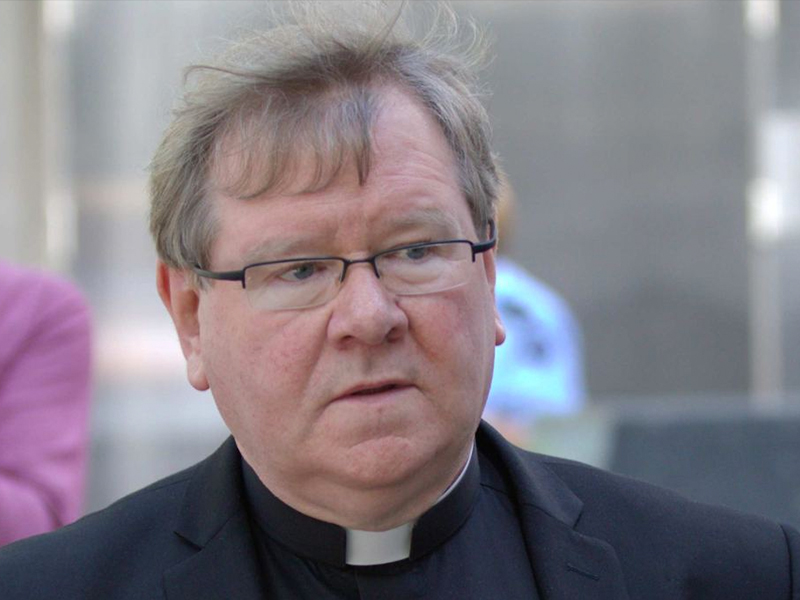 A Catholic priest who gave evidence to the child abuse royal commission in defence of Cardinal George Pell was himself the subject of a historical sexual abuse claim, according to ABC.

In 2012, the victim, John Roach, received an apology and $75,000 compensation after the Catholic Archdiocese of Melbourne accepted he had been sexually abused by Father John Walshe, a parish priest based at Mentone in Melbourne’s south east.

Mr Roach was an 18-year-old seminarian in 1982 when the incident took place.

Father Walshe had recently been ordained and was in his early 20s.

“Walshe cannot hold himself up as this paragon of virtue,” Mr Roach said.

“I think he is certainly a compromised witness.”

Last week, Father Walshe gave evidence at the royal commission about his recollection of a 1993 phone call between Cardinal George Pell and a child abuse victim.

He had been asked to make a statement by Cardinal Pell’s legal team.

Father Walshe was living with Cardinal Pell at the time and described in detail the Cardinal’s demeanour when he emerged from taking the call.

“Father I suggest to you that you fabricated these aspects of your statement to save your good friend Cardinal Pell,” Mr Stewart said.

Father Walshe strenuously denied he had tried to deceive the Commission.

‘I woke up in his bed and he was abusing me’

Mr Roach was a first-year seminarian in 1982 when he met the recently ordained Father Walshe at the Corpus Christi College in Clayton.

“One night he invited me up to his room, which was not uncommon,” Mr Roach said.

“We had a fair bit of port to drink – I was very unfamiliar with drinking – and I woke up in his bed and he was abusing me.

“I left as quickly as I could, I was very confused, I didn’t know what to do, what to think.”

Mr Roach said there were two further encounters the following year which included an element of consent.

In a statement to the ABC, Father Walshe said in 1982 he was sexually naive and emotionally vulnerable.

He said he had engaged in “consensual conduct” with another adult.

“My conduct was contrary to my religious beliefs. However it by no means constituted any form of abuse,” the statement said.

Mr Roach left the seminary in 1983, but two years later decided to return and had a meeting with the new rector, Cardinal Pell.

In 2012, the Catholic Archbishop of Melbourne, Denis Hart, apologised to Mr Roach for the “wrongs and hurt” he suffered at the hands of Father Walshe.

Father Walshe was allowed to continue running the Mentone-Parkdale parish.

In his final report on the complaint, the lawyer appointed by the church to investigate the case, Peter O’Callaghan QC, was satisfied Mr Roach had been sexually abused.

He defined sexual abuse as: “conduct of a sexual nature that is inconsistent with the public vows, integrity of the ministerial relationship, duties or professional responsibilities of church personnel.”

Although Mr O’Callaghan made no finding on which man’s version of events should be believed, the final report said, “there is no doubt that sexual abuse occurred” because “a reasonable inference to be drawn is that J [the priest] had a degree of influence and control over the Seminarian”.

The finding was not based on any legal interpretation of sexual abuse.

“It can be denied by Walshe till hell freezes over, but the Church accepted my case,” Mr Roach said.

The ABC has sought comment from Archbishop Hart and Cardinal Pell.