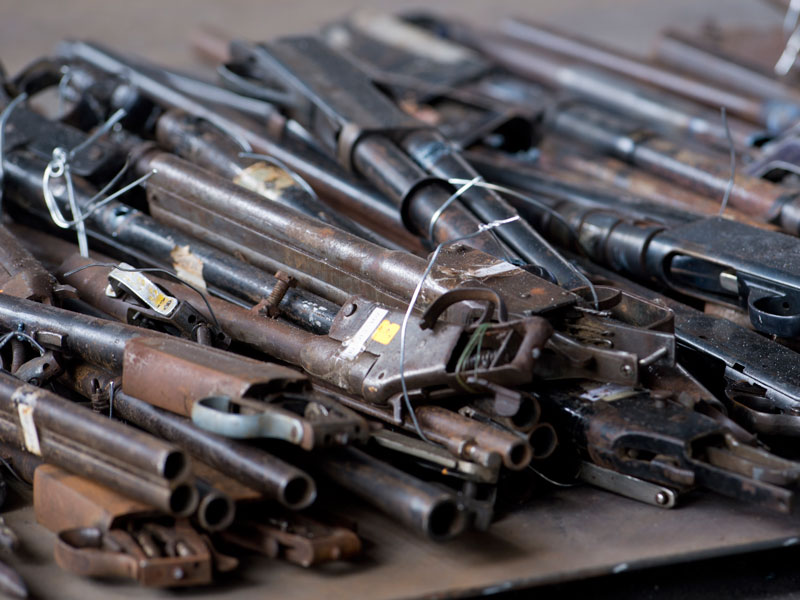 Gun collector groups have hit back at claims that some of their members are smuggling decommissioned firearms from Australian defence bases.

Associate Professor Phillip Alpers told The New Daily earlier this month that military police were very efficient at controlling the army’s stockpiles of intact weapons, but that obsolete or deactivated weapons were leaking from defence repositories in bits and pieces.

“Older types of firearms are intensely desirable objects not just to criminals but to enthusiasts, as well,” he said.

“Australian military and police armoury officers are reluctant to destroy weapons and unfortunately that’s how a lot of the guns leak out.”

Dr Malcolm McKay of the Antique and Historical Arms Collectors Guild of Victoria acknowledged that there was a black market for weapons in Australia, but that members of collectors clubs were not involved in it.

“I’ve heard of no instances at all of licensed collectors engaging in illegal trading of military weapons and I would be extremely surprised if any of our members would be involved,” he said.

“The reason for that is that the police regularly inspect our collections and members cannot afford to be caught with unregistered firearms because they would lose their entire collection.”

“Our members are interested in the history of firearms and the majority of their collections are built around 19th-century muzzle-loaders rather than contemporary semi-automatic weapons,” he said.

A spokesman for the Arms Collectors Guild of Queensland said none of his 300 members joined the organisation with the crude motive of compiling a heap of guns.

“We are historians – we research the technical and military history of firearms,” the spokesman said.

“No collector is a hoarder of guns, you have to have a theme to be a collector that is either historical, thematic or monetary.”

The Queensland guild also questioned Mr Alpers’ suggestion that decommissioned guns were sought after by criminals.

“No self-respecting criminal would use old guns – they don’t want to run around with something built in 1901 or during World War Two,” the guild spokesman said.

“They don’t have to anyway because they are bringing modern firearms in to the country through shipments.”