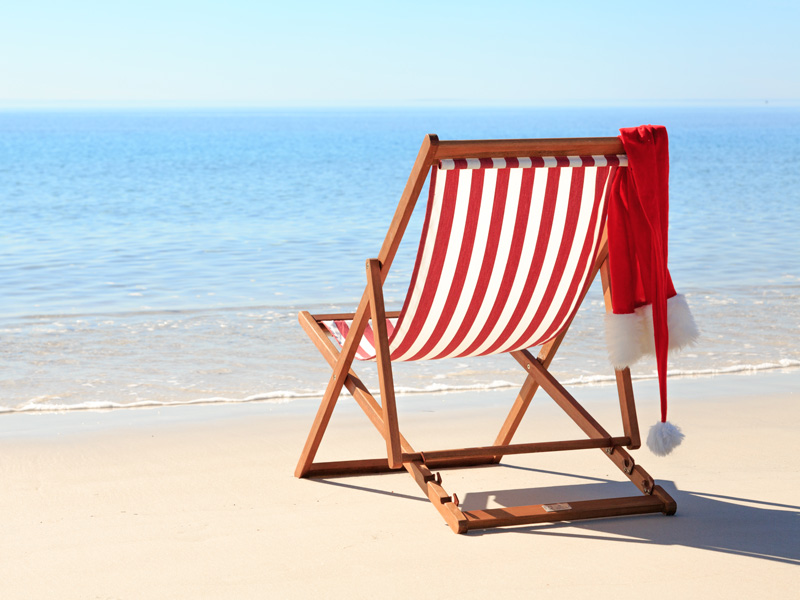 Christmas Day will be full of turkey, bon-bons and mid-afternoon naps, but it will also be remembered for some extreme weather forecast to lash Australian capital cities.

States like Victoria and New South Wales will experience soaring temperatures as a cyclone batters north Queensland around the time residents are sitting down to Christmas lunch.

Weatherzone meteorologist Kim Westcott told The New Daily that heat would be “streaming” through the nation’s south on Christmas Day.

“Adelaide, Melbourne and Hobart will have heat streaming in from the same warm weather system,” Ms Westcott said.

But Ms Wescott said not every part of the nation would swelter or be soaked on Friday, as both Canberra and Perth would enjoy pleasant days for their Christmas celebrations.

Meantime it is expected that Sydney, Brisbane and Darwin will have a rainy Christmas Day.

Temperatures will fall in Adelaide, Hobart and Melbourne once Christmas is over, however the cyclone fears held for north Queensland mean Boxing Day and the rest of the weekend could remain uncomfortable.

The Bureau of Meteorology warned a monsoon trough had developed across the top end of the Northern Territory and the Gulf of Carpentaria in Queensland.

There was a low to moderate chance the trough will develop into a cyclone over the Gulf of Carpentaria, which the BoM said could hit “later this week”.

“This scenario may lead to heavy rainfall and possible flooding across the Top End of the Northern Territory, extending into north Queensland later this week,” BoM said in a statement.

This video, courtesy of Weatherzone, details how the weather will play out in Australia on Christmas Day:

Sydney will have a rainy Christmas morning but forecasters were hopeful the showers would clear by the afternoon.

Both Boxing Day and Sunday will likely be rainy too.

A cool change will move through the metropolitan area late on Christmas night or early on Boxing Day.

Rain could hamper the start of the Boxing Day Test at the MCG, however it is expected to clear in the afternoon.

Conditions will then be cool for Boxing Day and Sunday.

Christmas Day will be like most of December for Adelaide – exceedingly hot. Luckily a cool change is expected in the afternoon.

Sunday will be sunny but significantly cooler, while Boxing Day is likely to be stormy.

The nation’s capital will be one of the most pleasant cities in Australia for Christmas Day with no chance of rain and a comfortable maximum temperature.

Although there is an 80 per cent and 50 per cent chance of a downpour on Boxing Day and the next day respectively.

Given the monsoon trough sitting over the country’s north, Darwin will experience a volatile Christmas period.

Moderate to high winds will also hit the city over the three days.

Brisbane will be cooler than Hobart on Christmas Day. Yes, you did read that correctly.

It is also looking like rain could hit the Queensland capital through Christmas Day, Boxing Day and Sunday.

It is looking very unlikely that it will rain in Perth across Christmas Day, Boxing Day and Sunday.

After the extreme heat that hit Perth just before Christmas, residents will enjoy delightfully sunny conditions on Christmas Day.

Your guide to the weather over the Christmas period