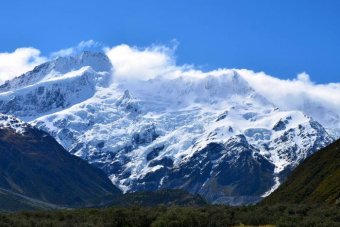 An Australian woman has died after falling 300 metres from a peak in New Zealand’s Aoraki/Mt Cook National Park.

Rescue teams responded to an emergency location beacon on the Eugenie Glacier on Wednesday morning where they found the 29-year-old in a critical condition.

She had fallen approximately 300 metres from the slopes of The Footstool, a 2764m tall peak.

The woman was airlifted to Aoraki Mount Cook Search and Rescue Base where she died a short time later.

Police investigations indicate the fall was an accident.

“All members of the climbing party, including the victim, were experienced and well equipped,” inspector Dave Gaskin said.

“Weather conditions prior to the accident are understood to have been good.”

The woman’s name is expected to released on Thursday after her family has been informed.

Australian woman falls to her death from NZ mountain