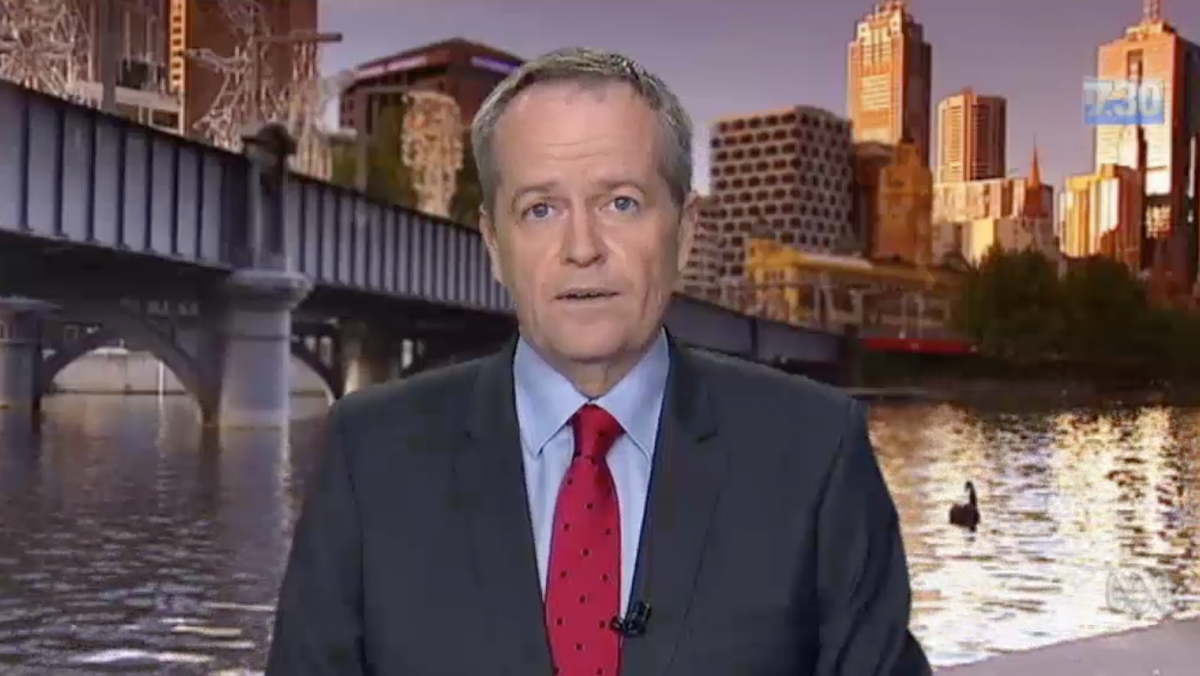 The CFMEU is coming under increasing pressure, with police investigating several CFMEU officials and the trade union royal commission due to hand down its final report at the end of the year.

Mr Shorten told 7.30 claims the union was “calling all the shots” within the Labor party were not true.

• ‘PM needs to rein in his party’: Shorten
• Q&A not a ‘lefty lynch mob’
• Spy boss ‘tells pollies to talk nicer about Islam’

“I’m not going to exaggerate the influence that CFMEU or any individual union has over decision making processes of the Labor party,” Mr Shorten said.

“That is why since I’ve become the national leader, we’ve removed the requirement that it would be compulsory to belong to a union to join the Labor party.”

Mr Shorten said he had a track record as a “moderate union leader”, and the ALP had “zero tolerance” for criminal behaviour within the party and the union movement.

His statements follow the Melbourne court appearance of CFMEU Victorian state secretary John Setka and his deputy Shaun Reardon, who have been charged with blackmail.

Mr Shorten said he continued to support formal links between Labor and the CFMEU, but did not believe the union’s influence was as strong as it was being made out to be.

“This sort of conservative analysis which says the CFMEU are calling all the shots, doesn’t accord with reality.

“When it comes to the matter of the union relationship with the Labor party, that’s a long-standing relationship.

“But what I’ve done in my time is I’ve broadened our party base.”

‘All honeymoons eventually come to an end’: Shorten

Mr Shorten also defended his low personal approval rating in a number of opinion polls, with Newspoll showing just 14 per cent of voters want him as Prime Minister.

“I think that there’s an extended honeymoon for Malcolm Turnbull because he’s not Tony Abbott,” he said.

“But all honeymoons eventually come to an end … we’ve got to see how they bring the budget.”

He said his party’s policies on superannuation tax concessions, and its opposition to any increase to the GST, would pay off in the long term.

Mr Shorten also ruled out supporting increasing the GST to 15 per cent as the Federal Government discusses the future of the tax.

“I can promise you right now here, Labor will not support a 15 per cent GST and you can vote for us, confident at least one major party in Australian politics is absolutely against putting a 15 per cent tax on everything.”