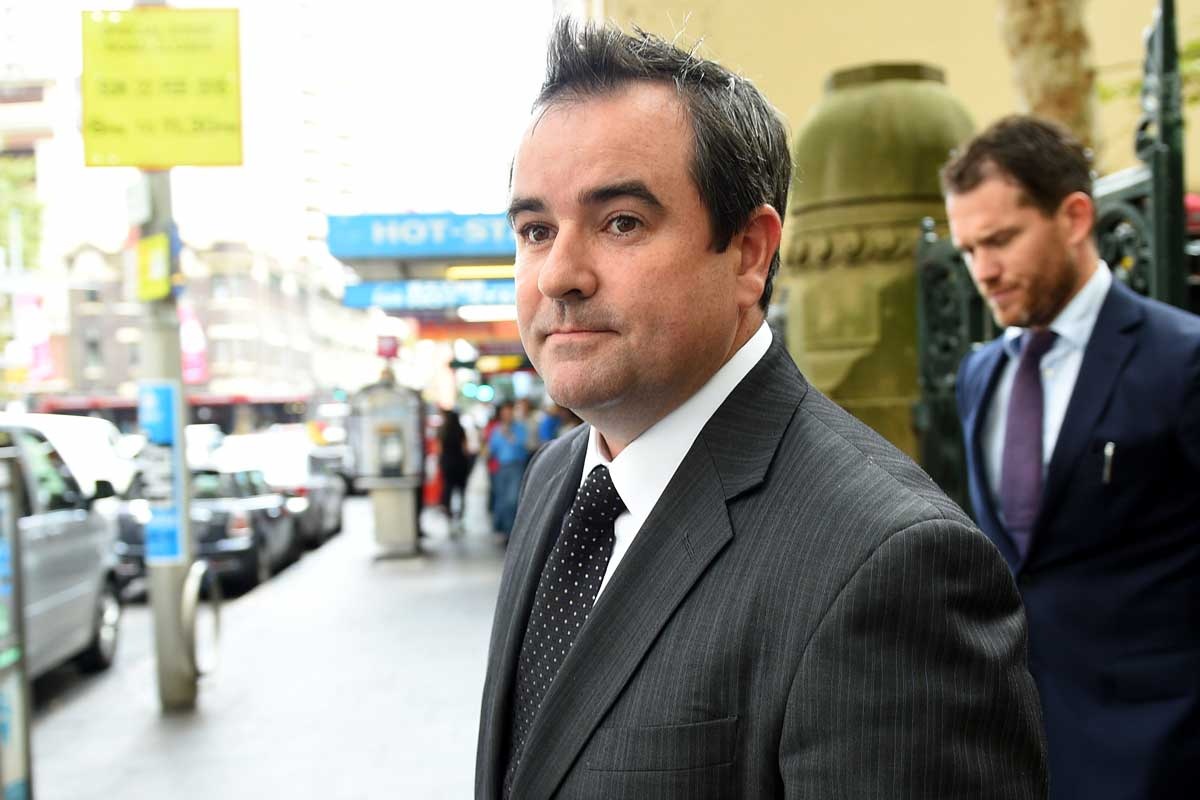 Omarjan Azari, who was allegedly overheard swearing a “personal oath of allegiance” to Islamic State during a visit to a western Sydney mosque, has admitted attempting to funnel thousands of dollars to the terrorist organisation.

Azari, 23, spent much of Wednesday seated in the glass dock of Sydney’s Central Local Court, watching on as a prosecution “rollover” witness testified that he had transferred two bundles of $3000 to IS, allegedly on the instructions of Azari and another man, 26-year-old Ali Al-Talebi.

The witness, a young Sydney man who cannot be named, says Azari handed the money over in the Parramatta mosque car park, telling him: “The money is to be used to help get people from Pakistan into Syria as fighters.”

In the final moments of Wednesday’s hearing, Magistrate Peter Miszalski was told a plea deal had been struck between Azari’s defence team and the commonwealth DPP, and that Azari would plead guilty to a single charge of attempting to make $US9000 available to Islamic State.

Azari repeatedly defied instructions for all present in the courtroom to stand for the magistrate, remaining slouched forward even as Mr Miszalski was reading him the charge on which he will now be sentenced.

The court heard that the young witness had planned to deposit the $US9000 at a Travelex in September last year, but took the cash home after learning that the transfer would incur large fees.

His mother later discovered it in his shorts pocket as she was doing his laundry, the court heard.

In exchange for Azari’s guilty plea, prosecutors have agreed to drop two charges related to the alleged Western Union transfers.

Al-Talebi elected not to appear in court for the joint committal hearing on Wednesday and is expected to continue to fight the three terror-funding charges he faces.

The crown witness testified that he heard Azari and a man he knew as Ibrahim swearing “personal oaths of allegiance” and “accepting the caliphate” during a conversation inside their mosque around June last year.

The prosecution contends that “Ibrahim” was Al-Talebi.

The youth also told the court that he heard Azari speaking on the phone with Mohammad Ali Baryalei, described on Wednesday as a notorious IS figure who, by September last year, had been splashed across Australian front pages and television screens.

But the witness said he did not realise he had done anything illegal in making the Western Union transfers until later.

Although he was initially facing potential charges that carry up to 25 years’ jail each, the witness has been offered indemnity from prosecution in exchange for his evidence in the case.

Earlier on Wednesday, under cross-examination, the witness agreed that he had only come forward with information about Azari and Al-Talebi after his own home was raided by anti-terror squads.

Officers allegedly found a “jihad pamphlet” filed away in the youth’s bedroom.

Azari is set to be sentenced in the District Court next year whilst Al-Talebi’s committal hearing is expected to continue on Thursday.