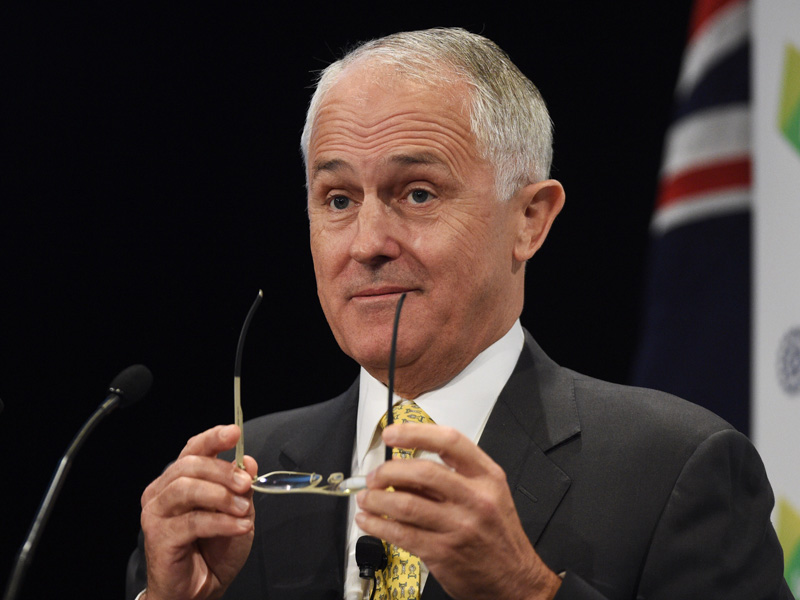 Despite being plagued by the two most significant controversies of his short time in government, Malcolm Turnbull’s Coalition government is leading Labor by the biggest margin since it was elected in 2013, according to a new poll.

The Liberal-National Party soared ahead of the Labor Party 57.5 per cent to 42.5 per cent in the latest Roy Morgan poll – a 1.5 per cent jump for the Coalition.

There has also been fierce debate between the states and the federal government about how best to tackle tax reform, and a possible rise in the GST.

However, if a federal election were held today, the L-NP would win easily.

Primary support for the Coalition was up 1.5 per cent to 48 per cent, while the ALP tumbled to 27 per cent.

The Greens improved slightly to 14.5 per cent primary support from the 3164 Australian voters surveyed.

Interestingly, support for the Coalition did not translate into confidence in the government.

It found 48 per cent of Australians (down 3 per cent) responded that Australia was “heading in the right direction”.

A further 33.4 per cent (up 4 per cent) responded that Australia was “heading in the wrong direction”.

The polling was conducted before the government’s MYEFO announcement on Tuesday included some cuts to health and showed a rise in the predicted budget deficit.

The Australian Medical Association described the cuts to MRI bulk billing as “another co-payment by stealth”.

Pollsters predict things will get tougher for Mr Turnbull and his Coalition.

“The scale of today’s budget ‘blow-out’ shows the Turnbull government faces a challenging 12 months as it attempts to win a mandate in its own right at next year’s federal election,” executive chairman of Roy Morgan research Gary Morgan said.

“[It must do so] whilst also steering the Australian economy through a slowing economy caused by the end of the long-running commodities boom.”

Almost two weeks ago, Special Minister of State Mr Brough was forced to clarify his account of events in regards to the Slipper diary scandal.

Mr Brough said he was misquoted due to an edit in a 60 Minutes interview he did, however when the unedited transcript came to light, he changed his version of events again.

He apologised and remained in parliament, despite calls from the opposition for him to resign.

During Mr Turnbull’s Cabinet reshuffle in September, Mr Macfarlane was dumped as the minister for science and innovation to make room for younger talent, and women.

Endorsed by Nationals leader and Deputy Prime Minister Warren Truss, Mr Macfarlane attempted to defect to the Nationals to possibly win his seat in Cabinet back.

However, the Liberal-National Party in Queensland voted to disallow the move, by a margin of only two votes.