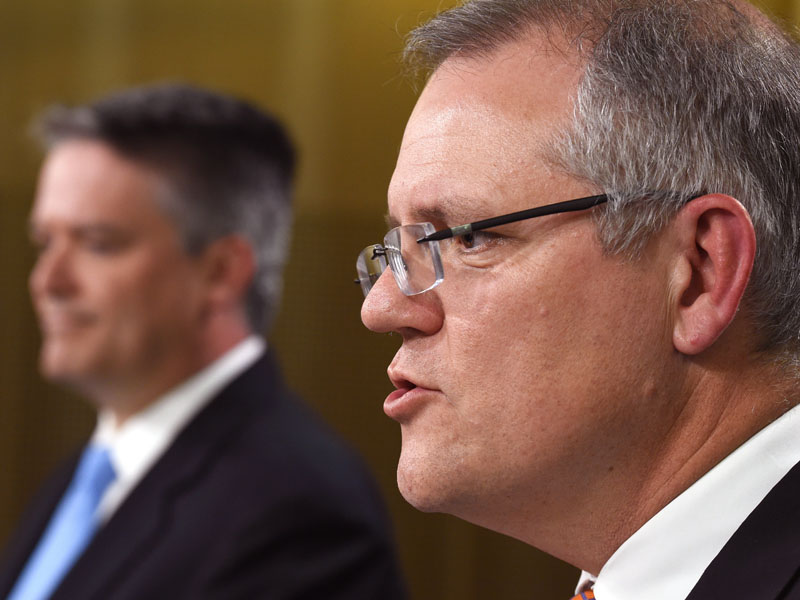 Treasurer Scott Morrison will unveil new budget cuts worth an estimated $5 billion across four years on Tuesday, in a bid to offset spending commitments in his first major announcement in the role.

Economists said they expected a budget surplus would remain elusive and fail to meet the 2019-20 target as predicted by former treasurer Joe Hockey.

However, it would provide Mr Morrison the opportunity to give a flavour of his May budget, in what will be an election year.

“Every dollar in new spending announced since the May budget … will be offset through savings,” Mr Morrison told Fairfax Media on Sunday.

“The budget rules state that any new spending must be fully offset.

“There have been a series of measures since the budget that require the offset rule to be applied such as the commitment to accept 12,000 refugee and humanitarian entrants, the reversal of the bank deposits tax as well as additional funding for Roads to Recovery”.

This meant about $700 million could be allocated to pay for the incoming 12,000 Syrian refugees, and $1.5 billion will be assigned to cover the dumped bank deposit tax, News Corp reported.

About $1.1 billion will have to cover some of Malcolm Turnbull’s innovation policy announcement that had not been funded from other schemes.

Deloitte Access Economics tallied new spending since May and revealed $5 billion had been added across the four-year forward estimates horizon, Fairfax Media reported.

Mr Bowen said for Mr Morrison to continue to pretend that Australia didn’t have a revenue problem was neither a “sustainable or constructive approach to the budget”.

“For the Treasurer to claim that he can return the budget to balance without dealing with revenue is just plain wrong,” Mr Bowen said.