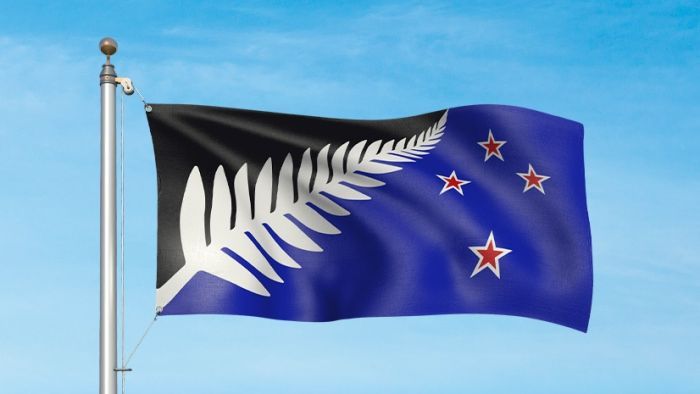 New Zealanders have chosen a silver fern on a black-and-blue background as their preferred option if the South Pacific nation decides to dump Britain’s Union Jack from its national banner, officials say.

The design beat four other contenders in a nation-wide referendum, according to preliminary results released by the New Zealand Electoral Commission.

Simply titled “Silver Fern (Black, White and Blue)”, the design will go head-to-head with the existing flag in a second referendum in March next year.

“While this is a preliminary result, New Zealanders can now turn their attention to deciding whether to keep the current flag, or replace it,” deputy prime minister Bill English said.

Prime minister John Key has led the push for reform, saying the existing ensign is a colonial relic that is too easily confused with Australia’s flag.

He had previously nominated the winning design as his favourite, describing the silver fern as an instantly recognisable symbol of New Zealand.

The flag and an almost identical banner from the same designer, Kyle Lockwood, were clear winners in the five-way race, each receiving more than 550,000 first-choice votes of the 1.5 million ballots cast.

The second-placed design simply changes the colour of one section of the flag’s background from black to red.

However, polling indicates the current flag is still on track to beat any contender in next year’s run-off referendum.

Formally adopted in 1902, it has a Union Jack in the right corner alongside four red stars representing the Southern Cross on a dark blue background.

Once part of the British Empire, New Zealand is now independent, although Queen Elizabeth II remains head of state.

However, her power is seen as largely symbolic, and changing a flag is seen by some as helping cut lingering colonial ties.

Opponents of a flag change say New Zealanders have fought and died under the existing banner and also criticised the NZ$26 million ($24.25 million) cost of the referendum.