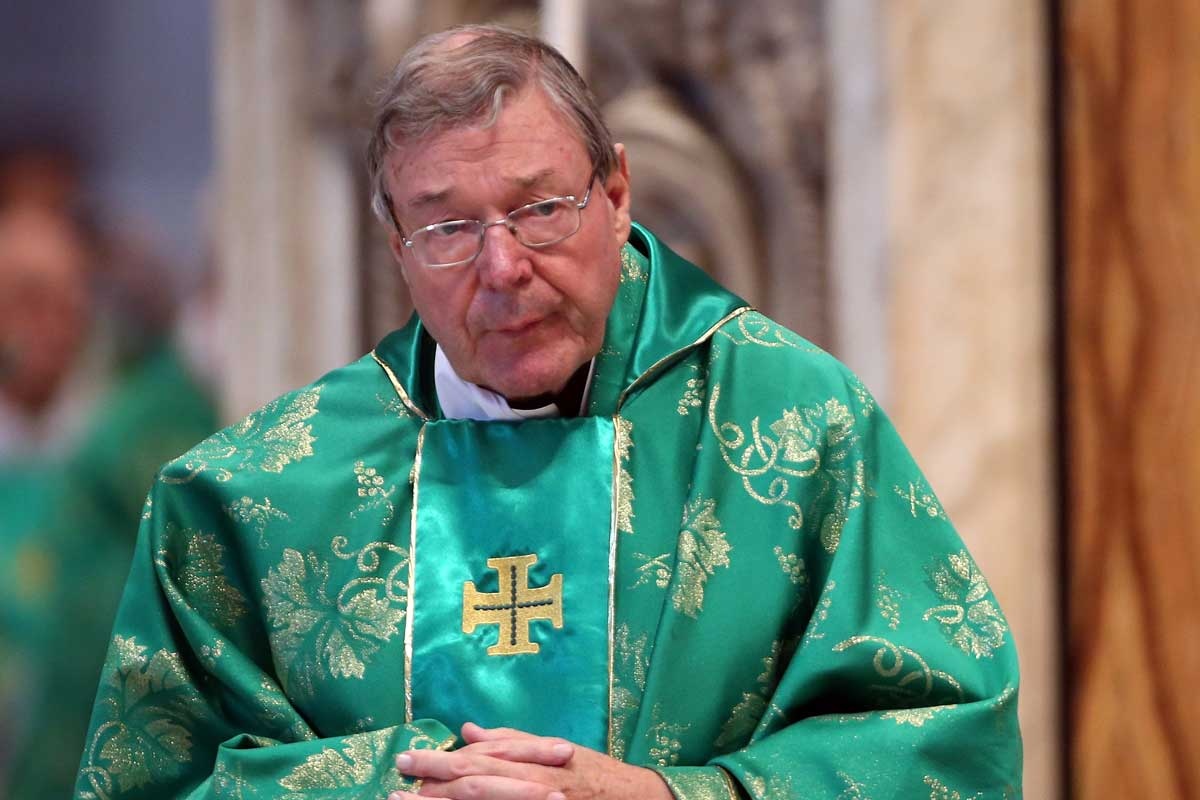 Cardinal George Pell will travel to Australia in February to give evidence to the child abuse inquiry after his bid to appear via videolink was rejected.

Cardinal Pell’s doctors have deemed him too sick to travel from Rome to Melbourne as planned to front the child abuse royal commission from Wednesday, due to a worsened heart condition.

The Vatican’s financial manager had wanted to instead give evidence via videolink but commission chair Justice Peter McClellan said Cardinal Pell will have to give evidence in person in Ballarat in February.

• Lucy Turnbull’s crisis of faith
• Dutton: ‘the law’s an arse’

“I would implore Cardinal Pell to come and face the music like all of us men have had to do for all these years.”

Mr Ridsdale, who flew from London to Melbourne for the hearing, said the buck stopped with Cardinal Pell as Australia’s most senior Catholic figure.

“He is the man who needs to come and answer on behalf of the church.”

Cardinal Pell was booked on a flight arriving in Australia on Sunday so he could detail what he knew about child sex abuse by Catholic priests in the Melbourne archdiocese and Ballarat diocese.

Justice McClellan refused prominent barrister Allan Myers QC’s request that Cardinal Pell be allowed to give evidence via videolink from Rome next week.

Mr Myers said Cardinal Pell wanted to give his evidence in person but his health difficulties prevented him from travelling next week.

“Cardinal Pell deeply regrets this and has been preparing himself for this journey for some time,” Mr Myers said.

Cardinal Pell’s office said he had suffered from a heart condition for some time but his symptoms recently worsened and a specialist cardiologist advised it was not safe for him to undertake long-haul flights in his current condition.

“Cardinal Pell realises there may be some who will question his decision to remain in Rome, however it would be unwise for him not to heed medical advice,” the statement from Rome said.

Justice McClellan, who had rejected a bid by Cardinal Pell’s lawyers for a confidential meeting about his request, said the cardinal’s appearance would be deferred to February’s Ballarat sitting in the hope his health would improve.

“If the cardinal’s health has not sufficiently improved by then to enable him to travel, we will further consider the position, which may include further delaying his evidence to a date when he can travel safely to Australia.”

Justice McClellan said there were complex issues in two case studies, spanning an extensive time period, to be covered and there were technical issues during Cardinal Pell’s previous videolink appearance.

Anthony Foster, whose two daughters were raped by a Melbourne priest, said Cardinal Pell had to appear in person.

“We have to have him here. The complexity of the issues are such that he needs to be in the room.” Pell to return in February