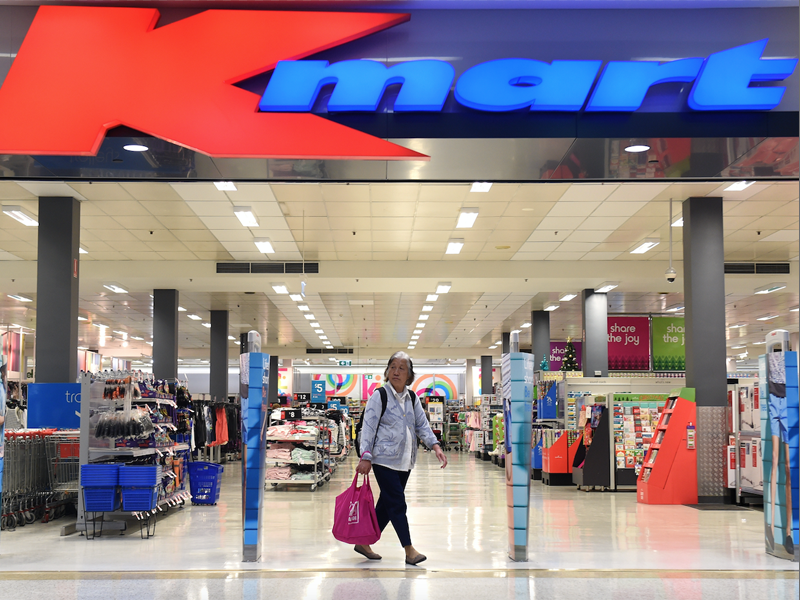 Wesfarmers, which owns Kmart, would not commit to wage increases if taxes were cut. AAP

Department chain Kmart is attempting to replace Australia’s most ailing Big W stores in a scheme that the company’s boss hopes will double it in size.

Kmart managing director Guy Russo has told Fairfax Media that he has contacted every Big W landlord with an offer to convert their stores into Kmarts.

Big W is owned by Woolworths, while Kmart is owned by its rival Wesfarmers, and Mr Russo hopes to convert 50 stores nationwide.

“We know that Big W has lost sales for the last two years and so we would really like to take over any of their under performing boxes and provide consumers with better prices in those areas,” Mr Russo said.

“It’s easy growth but it’s not easy to get because you need two things to happen. One is the owner needs to say, ‘I need to let go of something that’s losing me money’.

“And what happens with owners is what happened with Coles. They get emotionally attached to it and don’t want to let go of it.”

Kmart has already begun the replacement trend, opening up two stores on sites that were originally planned as Big W outlets.

The plan underlines the recent success Kmart has been experiencing, as opposed to the tough times Big W are facing.

Woolworths chairman Gordon Cairns recently ruled out suggestions that Big W could be sold off completely.

In addition to the plan to replace Big W stores, Kmart will also roll out a further 50 new stores over the next five years.

A Kmart in Oxenford, Queensland recently opened next to a Bunnings – a first for the two related stores – and sales figures broke chain records.

“This (Big W) is a business that has had nine negative quarter sales results, it’s losing money but the most important thing is … I would love to hire their staff, this is not about putting staff off,” Mr Russo said.

“I’m a business guy, I like to run businesses that make money and then if you can make money you can reward, motivate and give people a career.”