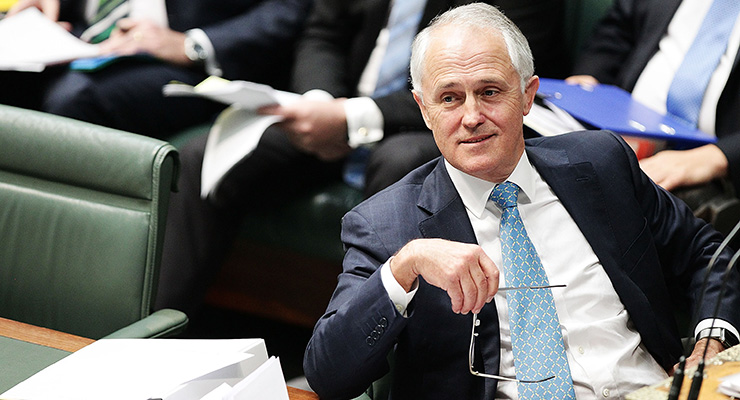 Union leaders were disappointed, but perhaps not surprised, when they read the confidential papers for the last ACTU executive.

The update on the ACTU campaign to unseat the Coalition at the next election confirmed that the honeymoon is far from over for Malcolm Turnbull, and that the Labor leader Bill Shorten is in the spare room or maybe even sleeping on the couch.

They have identified 46,261 union members in target seats and want to “shift or lock in” their voting intention. This includes union members who are undecided, as well as those only weakly committed to a party, or undecided but leaning towards a party.

This is where “The Turnbull Effect” comes in.

According to the ACTU campaign report: “The main impact of Malcolm Turnbull replacing Tony Abbott has been to increase the number of undecided union members by nearly 10 per cent.”

“This has been at the expense of soft progressive voters, meaning that we should be particularly targeting all previously ID’ed ‘soft Labor’ and ‘soft Greens’ voters in our persuasion efforts.”

More ominously, the campaign report said it was also “considering effective methods to contact and lock in support among committed progressive voters”.

This sounds like a warning that unions have to defend their base vote rather than just woo swinging voters and “soft” supporters.

The momentum shift from replacing Mr Abbott with Mr Turnbull appears to have floated the Coalition boat high enough to win the federal election expected in 2016, particularly with Mr Shorten struggling in his own approval rating.

Some of the good will towards Mr Turnbull stems from him being an optimist who tries to be upbeat, and positive, while Mr Abbott’s political instinct was to accentuate the negative.

The sense of relief at the change in Prime Minister seems to extend internationally, judging by the reception Mr Turnbull has received from leaders like Indonesia’s President Joko Widodo and UN secretary Ban Ki-moon.

But sooner or later, Mr Turnbull will have to make calls on domestic policy which fit with his free-market, pro-business views, and the traditional Liberal constituency.

Perhaps his biggest call will be whether he decides to push for an increase in the GST, which would enable Mr Shorten and Labor to recover some vital ground.

Will the new PM decide to keep the current superannuation breaks, which are heavily skewed towards those who are already well off? Will he pay for corporate tax cuts by cutting social expenditure? And what about weekend penalty rates?

Wages growth in Australia is stagnant and the top concerns of voters picked up in the ACTU campaigning are jobs and job security.

This weekend, the Financial Review reported on work by JWS Research which found that cost-of-living concerns, driven by talk of increasing the GST, was acting like a ‘sea-anchor’ in fuelling voters anxiety and pessimism.

Furthermore, Mr Turnbull has rumblings within his own ranks.

Mr Abbott seems to be lurking around Parliament House with intent; the party’s more conservative MPs are restless; and the future of Special Minister of State Mal Brough is uncertain over his role in the fall of former Speaker Peter Slipper.

But there is also the question of Mr Turnbull himself. I’ve reminisced with several journalist colleagues in recent weeks about dealing with Mr Turnbull when he was a wheeler-dealer trying to carve up Fairfax Media, or when he ran Goldman Sachs.

He was often brilliant in the cut-and-thrust of commerce and – good luck to him – he made a pile of money. But he could be breathtakingly arrogant when dealing with lesser mortals and able to deliver a fearsome tongue-lashing, which is at odds with his current public halo.

Yet the gradual bringing of Mr Turnbull back to the field will probably take too long for Mr Shorten, who will be under pressure to remain Labor leader if he loses the coming election.

For now, Mr Turnbull is like the hare in Aesop’s Fables, well out in front and with Labor is plodding behind like the tortoise.

But national politics is a distance event, a steeplechase with plenty of obstacles.