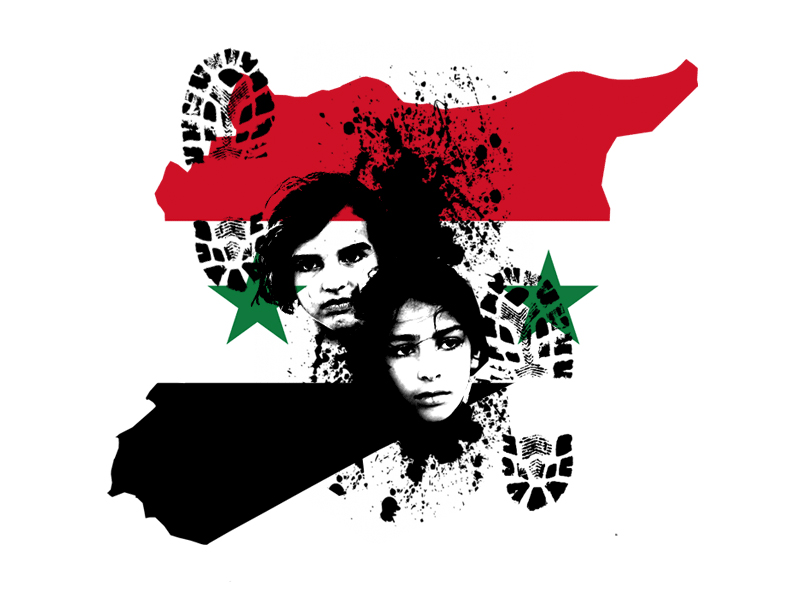 Proponents of the ‘boots on the ground’ strategy for Syria avoid one very difficult question: For how long should boots go in?

So for how long should troops go to Syria?

• Why getting tough on Islam will not work
• Has Andrew Bolt fallen into the extremists’ trap?
• Let’s fix the asylum queue

In Germany and Japan commitment to rebuilding and reconstructing those two countries, integrate them into the world economy and defend them against aggressors (read the Cold War), lasted three generations.

When did the last peacekeepers leave Bosnia? Answer: They haven’t.

So far western support for peace building, reconstruction and recovery in Bosnia has lasted one generation, with no end in sight.

So why were Western Powers so fool-hardy to think that troops could walk in and out or Iraq and Afghanistan successfully in less than a generation, let alone three generations? Why do these same people think you could get in and out of Syria in a short time span?

I am not arguing for ‘no boots’ necessarily. Back in February 3rd 2003, I wrote in The Age that I believed toppling Saddam Hussein was the lesser of two evils.

When I supported the Iraq intervention I argued that it was less bad to remove Saddam than to allow him to continue the brutal murder and torture. Opponents of the war in Iraq erroneously compare the terrible aftermath of the invasion with a ‘peaceful’ Iraq as justification for opposing the war.

A ‘peaceful’ Iraq was never an option. Like many things in Foreign Affairs, the real choice facing decision makers is not a choice of good option versus bad. It is a choice between competing bad options.

The second basis I supported the war was that I assumed, incorrectly, that long-term effort would have been put into reconstruction, rehabilitation and the building of civil society, much like the allies did in Germany, Japan and Bosnia.

The lesson to take from Iraq is not ‘don’t invade’. The right lesson is ‘if you do invade then make sure you have a multi-generational commitment to reconstruction, rebuilding and the creation of civil society in full respect of the vanquished cultural norms.’ The after war plan is far more important than the ‘war’ plan. That after all is why Japan was allowed to keep the emperor. Forgetting this lesson is why Iraq is such a mess.

The west though shows no appetite for long-term reconstruction. Without this appetite any intervention is doomed to fail.

So lets now turn to Syria and radical extremism and what to do.

In the many years I worked in former Yugoslavia (for the Red Cross) and Pakistan/Afghanistan (for the United Nations), as well as stints in Iraq, I came to learn those cultures well. The cultures of Afghanistan, Iraq and the Islamic world are far more different from the West than is Bosnia or were Germany and Japan.

Most radical extremists attacks in Western countries have been home-grown. This is where the majority of effort should be placed. At home.

A recently publicised MI5 report confirms that most of these home-grown terrorists have not been particularly pious religious fanatics, have often been new converts to religion and come from many different demographics. Religion, according to MI5, is not the major factor. The one common thread in extremist attacks in the west is that home-grown terrorists almost always come from low paying working backgrounds.

Poor and disenfranchised can grasp at what ever cause they can to feel better about their lot. Sports clubs and community groups are good at giving disenfranchised a positive cause. IS has given people a negative cause.

The ‘boots on the ground brigade’ like Andrew Bolt, do not like to ‘fight the home war’. They don’t like to tackle the hard fight. Instead they dismiss those who call for the long battle on the home front as ‘soft’, ‘complicit’ or ‘appeasers’. But this is not the first time Bolt is wrong.

Now they will find it much harder to dismiss MI5 who call for an economic focus at home as well.

Those who say we should only fight the home war ignore the challenge of the foreign war and in a way full into a similar ‘oversimplification’ trap that Bolt et al fall in. IS must be crushed. But how?

When talking about boots on the ground in Syria, here is an interesting thought. Whose boots?

The first soldiers into Kuwait in 1991 were Kuwaitis. The first boots to hit the sand in Normandy on D-Day were French.

What about Syrians going to Syria?

In the many years I spent working with refugee populations around the world most – almost all – did not want permanent migration. They wanted safety for them and their families and then they wanted to go home when circumstances changed.

I have suggested before that the asylum seekers who flee IS, and who hate IS with a passion could be our greatest allies in penetrating extremist cells in Australia. Equally though, how many of them would be prepared to fight in Syria if they knew their families were safe in Australia? IF we were to put ‘boots on the ground’ could we not create a Syrian regiment we trained and sent back to liberate their homelands?

So for those who profess to support ‘boots on the ground’, I hope they least have the honesty to argue for those boots to be there for many generations – probably long after we, author and reader, are dead?

Professor Andrew MacLeod is a former high level UN official who has in the past negotiated humanitarian access guarantees with fundamentalist and conservative Islamic groups. Boots or no boots in Syria?