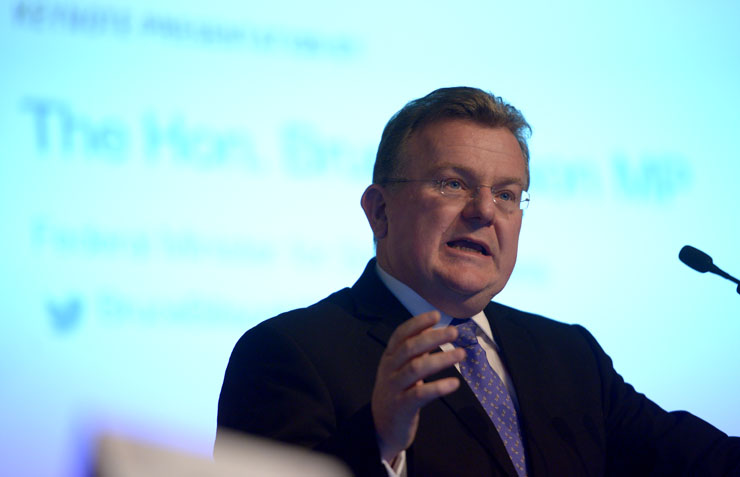 Veteran MP Bruce Billson has announced he will quit politics at the next election.

Mr Billson revealed the news to colleagues at this morning’s party room meeting.

In a statement, he said he had reflected on the circumstances following the Liberal leadership change and had decided it was the right time to “hang up the campaign RM Williams”.

Mr Billson said he planned to spend more time with his family.

“To be able to work ‘selflessly’ for your community and nation is what is required and rightfully expected,” he said.

“However, to do so requires a ‘selfishness’ in terms of availability and intellectual focus which family experience as being physically and mentally ‘away’ an awful lot and for key events.

“While the impact on our family has been profound, we have been nourished and comforted by knowing it was all for the pursuit of meaningful goals and delivering better outcomes for our Dunkley community and our nation.

“My sincere appreciation and heartfelt thanks goes out to my sweetheart Kate, my children, the incredibly talented and committed staff I have had the good fortune to work with, the Liberal Party, my campaign team, supporters and all those whose advice, support and wise counsel has made possible my parliamentary career and the honour of representing the community in which I grew up.

“I have loved these days and make public this decision with no regret, remorse or bitterness.”

Mr Billson, who has been a parliamentarian for 20 years, was small business minister in the Abbott government.

He has previously held numerous roles in a diverse range of portfolios, including in veterans affairs, defence, foreign affairs and trade, immigration, and Indigenous and multicultural affairs.

Prime Minister Malcolm Turnbull offered him another portfolio when he won the Liberal leadership, but Mr Billson declined.