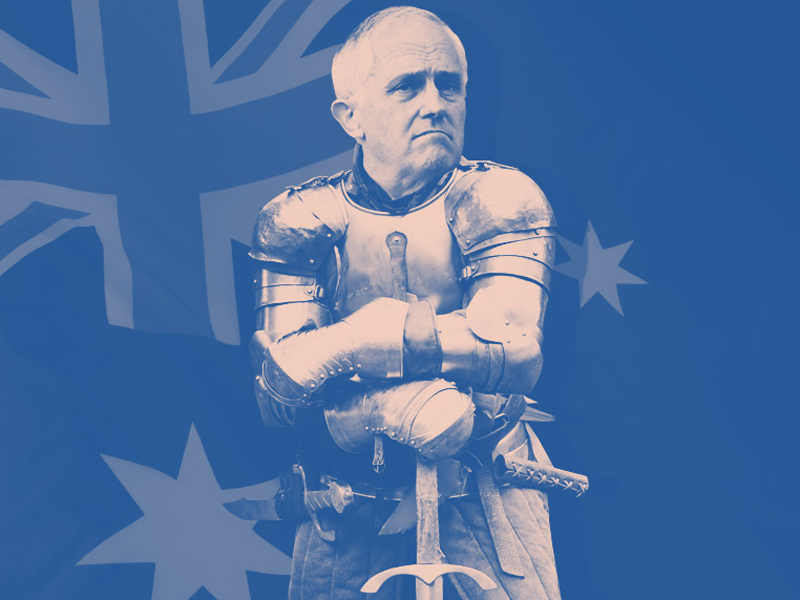 When Malcolm Turnbull carried his own bags onto the prime ministerial jet late last week, he wouldn’t have anticipated the extent to which his first major overseas tour would be a test of his statesmanship and judgement.

The newby PM would have been focussed on presenting the optimistic and agile face of the refurbished Australian Government to world leaders at the G20, APEC and other international meetings. But the terror attacks that took place in Paris required the PM to also try on his “protector of the nation” persona for size.

Admittedly, Mr Turnbull had already made the right reassuring noises after the Parramatta police station shooting. He reached out to Muslim community leaders and reminded the broader Australian community not to equate Islamic extremism with the peace-loving Muslims that make up the vast majority of the religion’s adherents.

However the sheer scale of the Paris atrocity put pressure on Mr Turnbull to replicate the chest-thumping, shirt-fronting approach preferred by the previous PM.

He chose instead to stick mainly to the script developed for the Parramatta incident, stressing we would “not be cowed by terrorism, no matter how shocking”, and laying the blame for the Paris attacks on those who delivered on their threats “in the name of God” but were “truthfully the work of the devil”.

At such times of high anxiety, Mr Abbott’s aggressive persona had been comforting to some sections of the community It is yet to be seen whether Mr Turnbull’s “peace not war” approach will be an acceptable replacement.

For his part, Mr Abbott was keen to remind voters of the different approaches between him and Mr Turnbull.

While Mr Abbott initially seemed reticent on a weekend television program to wheel out his previous gung-ho persona, in a subsequent newspaper column the former PM rediscovered his inner Rambo and declared Australia should send ground troops into Iraq and Syria to defeat the terrorist threat.

Because sending the troops into Iraq worked so well last time, didn’t it?

Unhelpful comments such as these also paved the way for even more unedifying public interventions by current and former politicians, who essentially traipsed through the blood of slain Parisians to get their five minutes of fame.

This created a very bad look for the shiny new Turnbull Government, given that one of the ministers “assisting police” is the Special Minister of State, Mal Brough.

Minister Brough is responsible among other things for parliamentarians’ entitlements.

The raids were in relation to a complaint made by the former Speaker Peter Slipper, based on evidence that Mr Brough induced a former Slipper adviser, James Ashby, to illegally obtain copies of his diary.

A car crash in more ways than one

Regrettably for Labor leader Bill Shorten, the week wasn’t any less challenging, but in a much different way.

Firstly, Mr Shorten had an unfortunate altercation with a short black coffee while driving his late mother’s car.

The Labor leader’s pants and several cars including his own were the casualties.

As a result political observers had a hard time refraining from using the car crash analogy when the latest opinion poll emerged a few days later.

The Ipsos poll showed the Government widening its lead on the Opposition to 56:44 per cent. Mr Shorten lost another three points against Mr Turnbull as preferred Prime Minister, hitting a new low of 18 per cent.