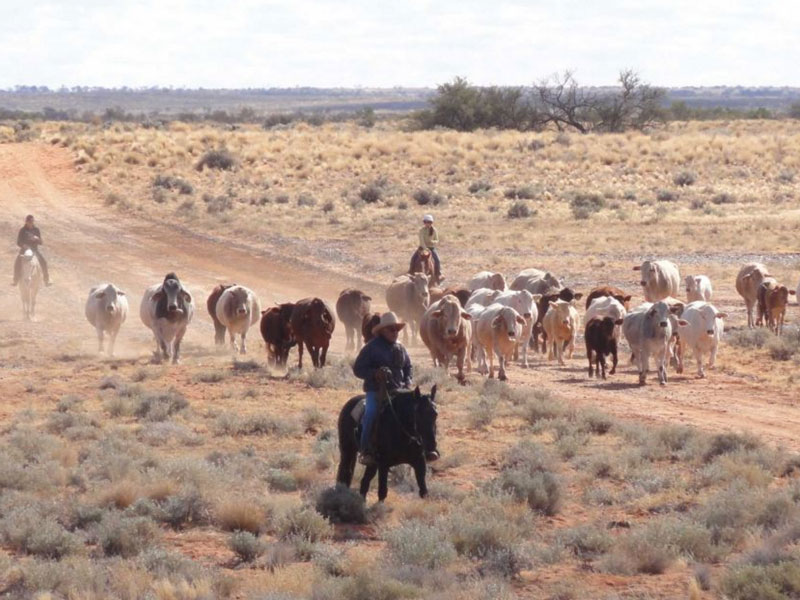 Rumours of a potential buyer have been circulating for months, but the Kidman family and the deal’s facilitators, Ernst and Young in Adelaide have remained tight-lipped about the negotiations.

It’s been reported that a bidding war above $350 million has been playing out between China’s Genius Link Group and fellow Chinese company Shanghai Pengxin for the vast cattle enterprise.

Treasurer Scott Morrison said in a statement he had decided that an acquisition of the company by a foreign buyer would be contrary to the national interest and he would not authorise it.

Founded in 1899 by Sir Sidney Kidman, it is now one of the country’s largest beef producers with a herd of 185,000 cattle, supplying markets in Japan, the United States and South-East Asia.

One of the Kidman properties, Anna Creek station, is also the largest single property holding in Australia and about half of the station’s pastoral lease is located within the Woomera Prohibitied Area (WPA) in South Australia.

“Given the size and significance of the total portfolio of Kidman properties, along with the national security issues around access to the WPA, I have determined, after taking advice from FIRB (Foreign Investment Review Board), that it would be contrary to Australia’s national interest for a foreign person to acquire S. Kidman and Co. in its current form,” Mr Morrison said in a statement.

He said the weapons testing range within the Woomera Protected Area made a unique and sensitive contribution to the country’s national defence and it was not unusual for governments to restrict access to sensitive areas on national security grounds.

Mr Morrison said he communicated his decision to bidders and they had withdrawn their FIRB applications.

He said he would consider any future sale on its merits.

“Australia welcomes foreign investment where it is consistent with out national interests,” he said.

“Foreign investment has underpinned the development of our nation and we must continue to attract the strong inflows of foreign capital that our economy requires.

“Without it, Australia’s output, employment and standard of living would all be lower.”

A spokesman for Agriculture Minister Barnaby Joyce said he agreed with the decision, but had no further comment to make at this time.