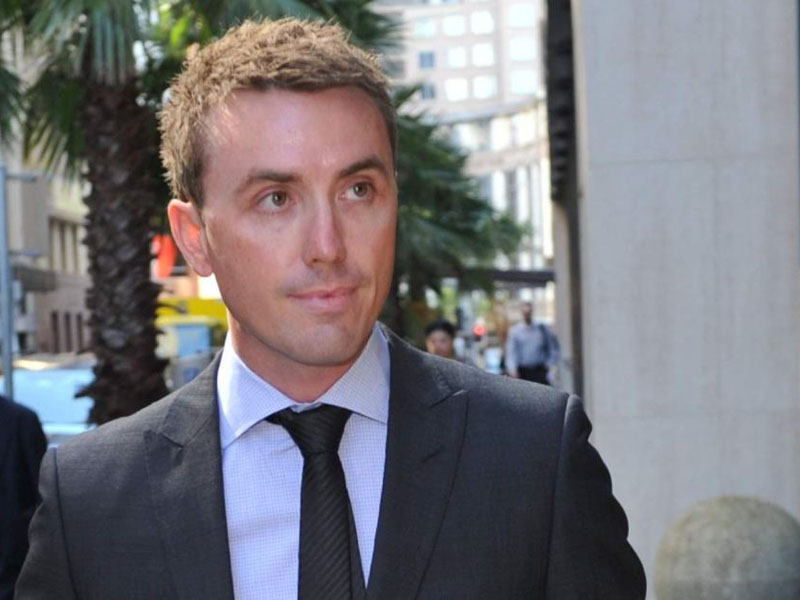 Former political staffer James Ashby says police who are searching the Sunshine Coast home he works from are looking for items that “relate to the diaries of Peter Slipper”.

He confirmed eight officers executed a search warrant at the Beerwah home, where his parents live, at 8am.

Mr Ashby made sexual harassment allegations in 2012 against his then-boss and former speaker, Mr Slipper.

Mr Ashby later dropped his Federal Court case against Slipper, who had denied the harassment allegations.

Mr Ashby was counter-accused of leaking extracts of Mr Slipper’s diaries to the media and Mal Brough, who went on to win Mr Slipper’s Sunshine Coast seat and recently became Special Minister of State in the Turnbull Government.

Mr Slipper was last year found guilty in the ACT Magistrates Court on three counts of dishonesty over the misuse of his parliamentary Cabcharge allowance, but this year won an appeal against the convictions.

Mr Ashby said he was “shocked” and “disappointed” by the search.

“There is a list of people on the second condition of the search warrant.

“Some of those people that they are looking for evidence of is communication with Christopher Pyne, Mal Brough, Wyatt Roy, along with Channel Nine and News Corp reporters.

“There is nothing there that there is any use to them.

“Peter Slipper continues to pursue charges against me for the whistleblowing act of revealing his diary, which later led to charges in Canberra and aided my case.

“Peter Slipper, with the use of these records, was found guilty the first time, and only through an appeals process was he found not guilty through a loophole, which basically said he was probably conducting parliamentary duties at the time, so was covered by that defence.”

The Australia Federal Police (SFP) said in a statement it was searching a Sunshine Coast home.

“As these warrants relate to an ongoing investigation, it is not appropriate to comment further,” the AFP statement said.