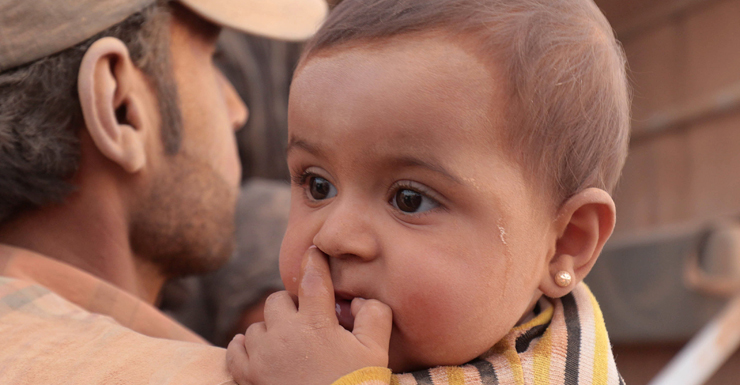 Mr Dutton was taken on a tour of the world’s second-largest refugee camp, Zaatari, on Monday, and gave credit to the country for opening their arms to more than 600,000 Syrian refugees.

What he saw was “confronting, to say the least”, he told the ABC.

“The fact that right behind us people are fleeing a terrible regime, people who have been injured, people who have suffered serous blows from a war that in Australia we can’t really relate to is very confronting.

“The fact that the Jordanians here on the border open their arms up not only to the refugees but also to those people who are seriously injured is a great credit to this country.”

But he told ABC radio the trip only reinforced the federal government’s policy of turning back boats, saying it allowed Australia to offer a helping hand and new life to those Syrians.

“The lesson of today reinforces that we have made the right decision.”

Mr Dutton reportedly was briefed by the UNHCR on how Australia will decide which 12,000 Syrian refugees to resettle as part of its expanded humanitarian program.

The first group of refugees is expected to arrive before Christmas.

Amber Heard’s sister and friend give evidence
‘Should have been a penalty’: Boy crash-tackled by PM gives his verdict
Apple sued over ‘ear shattering’ AirPods alert
Russian Google to file for bankruptcy
Man arrested at NSW school for bestiality
Concern about COVID-19 deaths in aged care
Asbestos found in primary school
Today's Stories