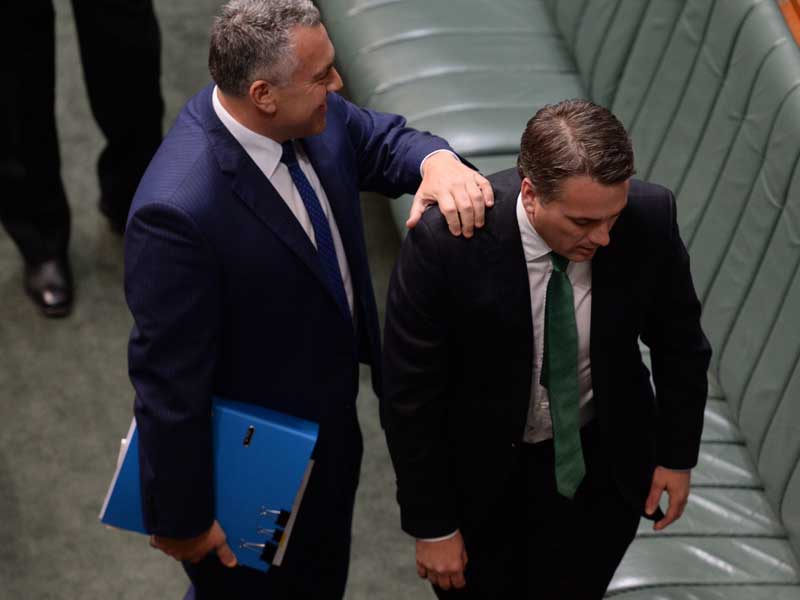 Minister for Cities Jamie Briggs has had a tough gig lately, and it doesn’t seem to be getting any better.

The Mayo MP was living in a home owned by the wife of ex-Treasurer Joe Hockey, former Deutsche Banker Melissa Babbage, while in Canberra.

But, according to the Australian Financial Review, the arrangement recently came to an end to make way for a permanent tenant.

The move came just weeks after rumours surfaced Mr Briggs was culprit behind a broken marble table found in Parliament House a day after a party for outgoing PM Tony Abbott.

He showed up for Parliament wheelchair-bound the same day, after suffering what he described as a “running” injury.

Lucky for Mr Briggs, bad things come in threes, so he is out of the line of fire for now.

Mr Hockey is well known for sharing his Canberra digs with government friends.

He was previously the landlord of a property he shared with two of his political mates – Paterson MP Bob Baldwin and former Liberal leader Brendan Nelson, who apparently occupied a shed out the back called ‘Fort Nelson’.

One infamous story, told on ABC’s Kitchen Cabinet, nearly facilitated what could be construed as an awkward encounter in today’s context.

It was allegedly the sight of Mr Baldwin in hi y-fronts that turned off prospective tenant, Malcolm Turnbull. But Mr Baldwin later called the story “embellished” in an interview with The Newcastle Herald.