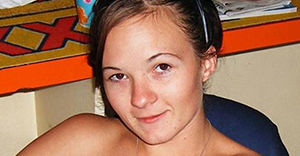 The capture of Gino and Mark Stocco was supposed to be case closed, but there was one final ghastly twist awaiting police Read more

Enough is enough. It’s time for the PM to deal with Tony Abbott

ANALYSIS: The PM isn’t fooling anyone when he sings Tony Abbott’s praises, and by doing so, he’s wandering into Julia Gillard territory Read more

This beauty therapy, popular with celebrities like Lindsay Lohan and Lebron James, has tragically claimed a victim Read more

Six reasons why the Wallabies will win the World Cup

They’re preparing to take on one of the greatest rugby teams of all time, but watch out All Blacks! An upset could be on the cards Read more

How Joe Hockey blew the surplus on gifts for rich people

By reversing these key policies, the former treasurer could have put the budget into surplus. Rob Burgess explains how Read more

Arrest made in case of murdered mum Karlie Pearce-Stevenson

An interstate investigation leads police to a Cessnock jail cell, but police are looking for others who may have been involved Read more