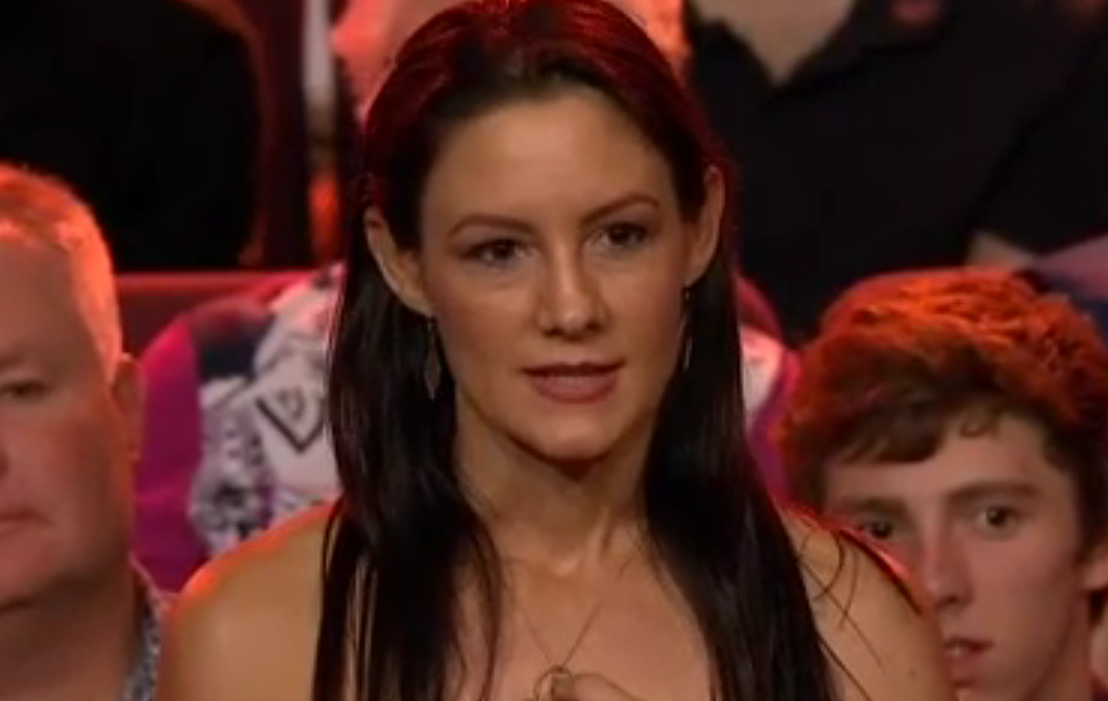 A rural edition of ABC’s Q&A program has alleged shocking health impacts from gas mining on communities in the Australian bush.

Two audience questions stunned the crowd and panel – at the Empire Theatre in Toowoomba – concerning farmer suicide and other alleged side effects of gas infrastructure.

Ms Bender, who was in the audience, asked the panel, including Rural Health Minister Fiona Nash and Shadow Agriculture Minister Joel Fitzgibbons: “On Saturday, we buried my father after struggling for 10 years against the CSG industry and Linc Energy.

“When will farmers be given the right to say no to the CSG companies from coming onto their land? When?”

While Mr Fitzgibbons acknowledged the tragic circumstances of Mr Bender’s death, his answer was not greeted positively from the audience.

“Its a State-based issue, and it is a complex one because our country has enjoyed enormous wealth through the extraction of coal and iron ore and other commodities and now CSG,” he said.

“In my view, to be honest, is not going to change any time soon because the extraction of those resources are too significant to the national economy.”

Ms Nash said she thought farmers should be able to refuse CSG companies taking their land.

“The answer is simple, farmers should be able to say no and state governments should change what they can so they can vote no.”

However, Ms Bender still felt shunned in respect to her father’s passing.

“One of the last things my father said, “No one is listening, why are you wasting my time?” she said.

“I don’t think any one of you politicians care, you are a turntable, you walk in, walk out, you talk the talk, you are here for show.

“Right now, no one is listening.”

Mr Bender claimed the activity would suck dry vital water bores on his 2000-acre property and interfere with the running of the farm, he said in a video posted by Lock the Gate Alliance.

“You’ve got to agree to their terms or else. I just reckon it’s just all one-sided for the resources companies,” he said.

Following his death last week, Mr Bender’s daughter Helen said that he did not have a history of depression or mental health issues and had “died of a broken heart”.

Another audience member, Karen Auty, wanted to know what the government would do about health problems she sees on children living near gas production sites.

“In the gas fields around Chinchilla, our children’s noses are bleeding, they have rashes, and they can’t sleep for the headaches.

“The health impacts continue and nothing has been done. Fiona Nash, what are you going to do?”

Ms Nash replied: “I don’t agree that nothing is being done.”

“The Department of Environment is doing exactly work around that at the moment.

“Yes, they are, around the health impacts of CSG from the chemicals – they are. But there is no doubt we need to do more.”

Toowomba Mayor Paul Antonio said he wanted gas companies to stay away from his town.

“I’ve gone on record on a number of occasions firstly about the very best agriculture land in the Toowoomba Regional Council area which is a target for the gas companies, it is that highly developed irrigation land along the Condamine River and I don’t personally think they ought to touch it, that’s my view,” Mr Antonio said.

“I have friends who don’t agree with my stance, but it’s been consistent since day one.”

See the full responses from Ms Nash and Mr Fitzgibbons below, regarding Mr Bender’s suicide and gas infrastructure effect on health.

When are farmers going to be given the right to say “No” to CSG companies? @fitzhunter & @KTNoonan respond #QandA https://t.co/F54kUHy89R

– with reporting by Emma Manser

For help with emotional difficulties, contact Lifeline on 13 11 14 or www.lifeline.org.au