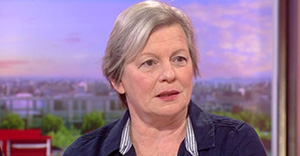 Steven Spielberg’s eight-metre man-eater was a thing of fiction. This monster predator is absolutely not a myth Read more

These 30 apps are sucking the life from your phone

Battery drainers, storage hogs and data eaters. Find out how many of the worst offending apps you have on your smartphone Read more

This is the best age to send your children to school

This woman says she can smell Parkinson’s Disease

It might sound like an outlandish claim, but scientists have tested her ability and the results are astounding Read more

Somebody, please, get the tissues and call the whaaaaambulance!

Brace yourself for world leaders with man buns

This man is Australian cricket’s next Chris Rogers

He might be a veteran but Michael Klinger, through his significant weight of runs, is making it tough for selectors to ignore him Read more

The most bizarre stories of the week