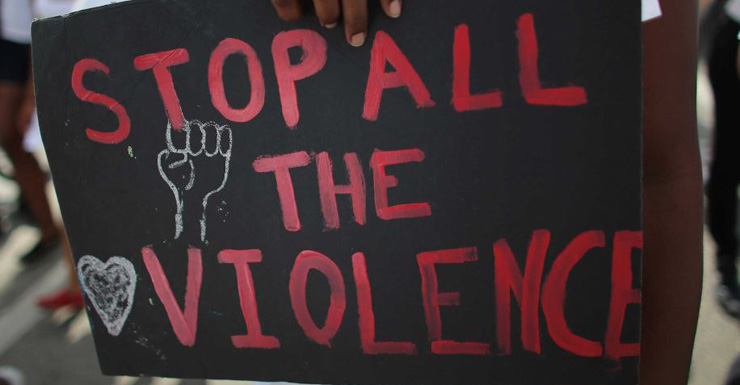 One in four Australian women has experienced violence from an intimate partner, according to a disturbing new report that also finds at least 500,000 children have witnessed violence.

Australia is grappling with how to tackle domestic violence, with Prime Minister Malcolm Turnbull pledging $100 million to stamp out the “national disgrace” that has left at least 63 women dead so far this year.

The National Research Organisation for Women’s Safety (ANROWS) study suggests the size of the problem may be bigger than once thought.

ANROWS built on data collected in a 2012 Bureau of Statistics survey of 17,000 men and women, which estimated one in six women had experienced violence at the hands of a partner within a married or de facto relationship.

Report author Peta Cox said her study broadened the scope to include “intimate partners” such as boyfriend, girlfriend and date relationships.

“What that does is it really shifts what that estimate is,” she said.

“Previously the statistic was that one in six women had experienced at least one incident of violence by a partner, and this broader definition of ‘intimate partner’ brings it up to one in four women.”

The study found more than 400,000 women experienced partner violence during pregnancy and more than half a million women reported their children had seen or heard violence.

“This is an extraordinary number of Australian children who are living with the risk of harm associated with exposure to violence in the home,” ANROWS chief executive Heather Nancarrow told AM.

Almost 1 million women were victims of multiple acts of violence by the same man.

Just over half of women reported injuries from their most recent assault, with 900,000 women left scratched or bruised, one in 24 stabbed or shot, and more than 10,000 experienced a miscarriage.

Less than one in three women said they saw a doctor about their injuries.

The report backed up previous research that found a woman often struggled to leave an abusive partner, and could be at greater risk of violence after leaving.

She acknowledged the ANROWS report did not go into “nearly as much detail for men”.