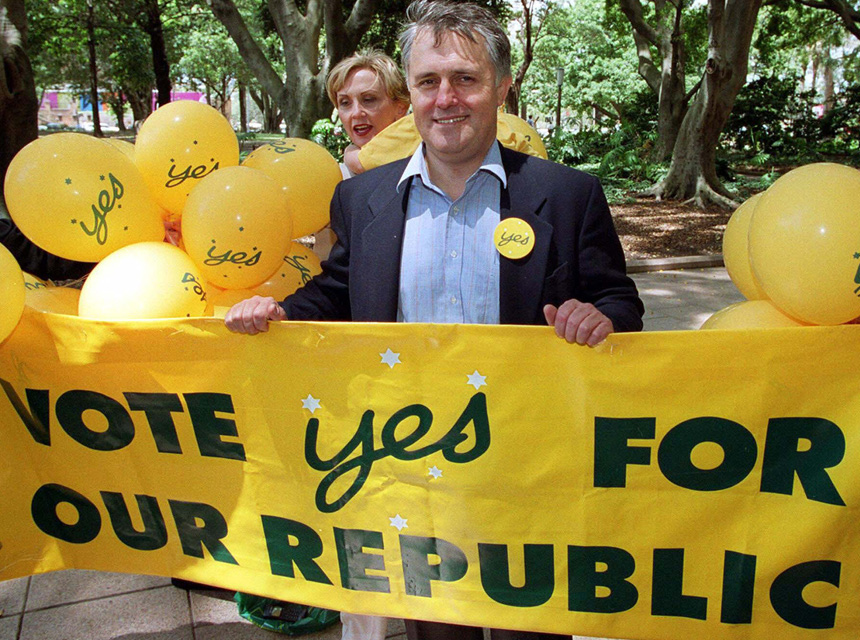 Malcolm Turnbull led the failed 1999 push for a republic. Now Labor is poised to have a second shot. Photo: AAP

Speaking to veteran journalist, Kerry O’Brien, at the launch of his autobiography, Mr Keating said Mr Turnbull could rid Australia of a British head-of-state.

“Given the tension in the Liberal Party between the monarchists and the moderates, I don’t think he’s in a position to do it in this term,” Mr Keating said, reported News Corp.

“But, in the follow­­ing parliament he could certainly do it,” Mr Keating said. “A Prime Minister has to take it on.”

The long-time republican Mr Keating was scathing when questioned about the need for the Queen and the British flag to be so significant symbolically to Australia.

“No great country has the monarch of another country as their head of state,” he said.

“No great country has the flag of another country in the corner.

“More than that, no country which is great wants to live with the shame of the dispossession of its original people.”

Laughter reportedly rose through the Opera House when he started to elaborate on what could happen if Australia stayed a republic.

He described their influence as an “affront” to Australia.

“What are we going to end up with? Charles and Camilla for God’s sake?” he said.

“Prince William is the nicest royal to show up for donkey’s years.

“We don’t need him and his lovely wife as our heads of state. — it’s an affront to everything we’ve created here.

“It’s a spoof of everything we’ve done with ourselves in history to be landing back there waiting for Prince Charles to inherit the throne. It’s deeply sick.”

‘PM can make us a republic’