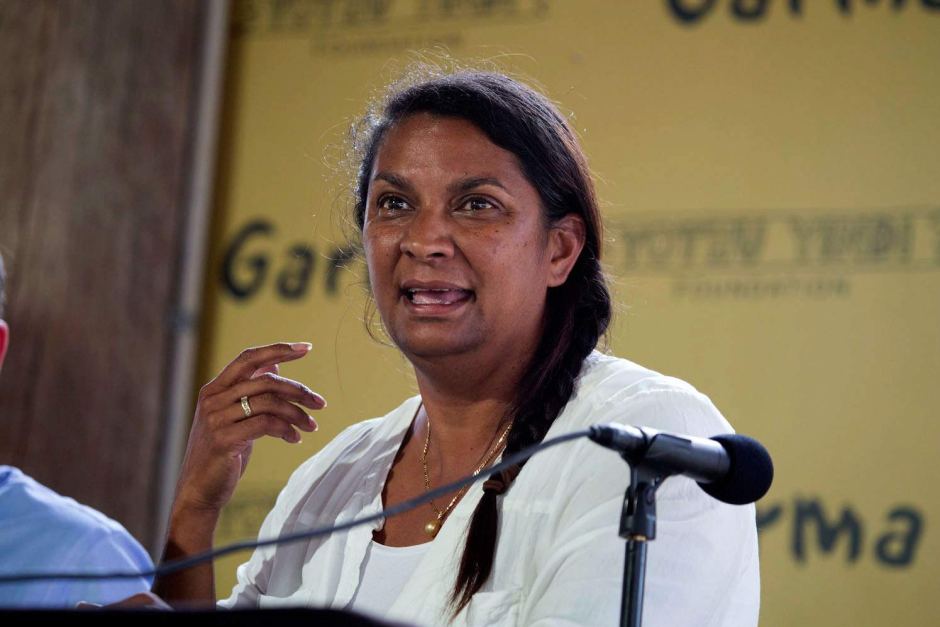 Labor senator Nova Peris has been refused entry into Christmas Island’s detention centre, which is in her electorate.

Senior Australian Border Force officials have been unable to explain why — though one did mention a “small riot” had only just occurred in the days prior.

The matter was raised at Senate estimates hearings in Canberra.

Senator Peris’s office provided the ABC emails, dated September 16, from centre service provider Serco advising the Northern Territory politician could visit during her tour of the island on October 9.

But Australian Border Force (ABF), which took over responsibility for detention centre operations in July, later refused her entry.

The emailed rejection said visits to detainees were allowed for “the purpose of providing social and familial contact”.

“Visits by individuals for research, educational and other purposes are not consistent with this principle,” the email stated.

“Given the scope of your request, we regret that we are unable to facilitate this visit.”

Immigration Department secretary Michael Pezzullo told estimates he was not aware of the application to visit, but seemingly contradicted the emailed rejection reasons.

“There are … protocols in place to support the visit of VIPs,” Mr Pezzullo said.

“The senator would certainly qualify as a VIP.”

Mr Pezzullo said he “probably would have expected” to have been advised if the senator had applied.

ABF Commissioner Roman Quaedvlieg and his deputy Michael Outram told the hearing they were also unaware of Senator Peris’ application.

But Mr Quaedvlieg said applications by those with higher profiles needed greater assessment.

“Visitors with a higher profile bring a greater security risk in terms of managing that person through a centre,” he said.

“We need to ensure that they don’t create a public disorder event or in fact that they aren’t vulnerable to some sort of assault themselves.”

Senator Peris — who said she was “extremely disappointed and annoyed” to be denied access to the detention centre — dismissed the idea her request was made complicated by security considerations.

“This raises questions about whether Minister Dutton has anything to hide. I have never been denied access to any other facility within my electorate,” she said.

Nova Peris barred from detention centre – in her electorate