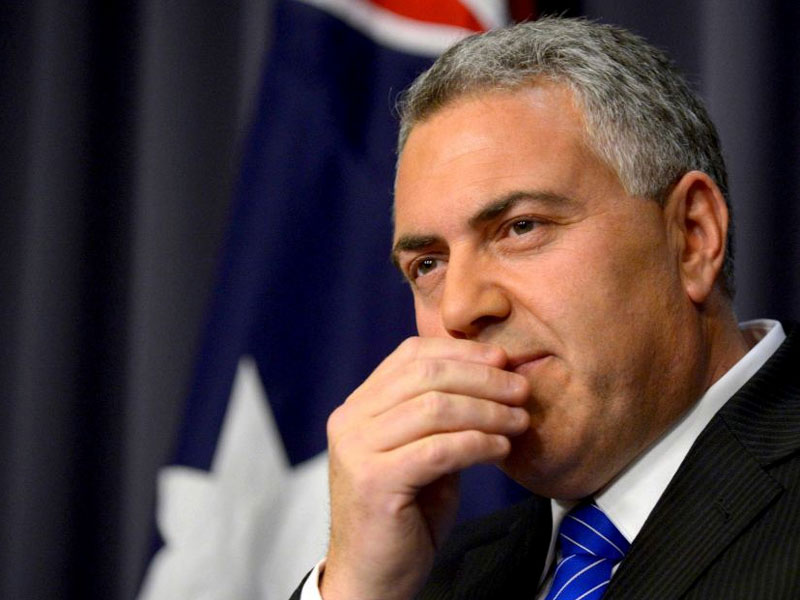 This may well be the first of many times you’ll read about the delicious irony surrounding Joe Hockey’s expected replacement of Kim Beazley as Australia’s ambassador to the United States.

Kim Beazley was known as the best Prime Minister we never had. The two-time Labor Opposition leader gave PM John Howard a serious run for his money, winning the majority vote at the 1998 federal election (but not enough seats to take government), and losing only two Labor seats at the following election in 2001.

It’s unlikely Mr Hockey will be remembered so fondly, but he too was once considered to be Prime Minister material.

On Wednesday, Mr Hockey will give his final speech to parliament. According to his official biographer, not only did he think he’d be the next conservative PM, so did a number of his peers including Tony Abbott.

Just as replacement Treasurer Scott Morrison is said to be a natural salesman, there was a time when Mr Hockey was similarly considered. One smitten journalist even described him in 2012 as having a “Clintonesque capacity to connect with the community”.

When former Prime Minister John Howard elevated him to Cabinet as Workplace Relations Minister to sell the WorkChoices reforms, the PM said Mr Hockey was a good media performer whose “particular talents in that area will be very good”.

That may have been so, but Mr Hockey wasn’t able to save the Howard government from the election defeat, a result that was at least partly due to the union movement’s superior campaign against WorkChoices.

It was during this time in Opposition that the former minister began to show troubling signs of poor political judgement, perhaps best demonstrated by the post on social media in which Mr Hockey asked the public for their views on an emissions trading scheme.

It was pounced upon as evidence that the Liberal leadership contender (as he was at the time) couldn’t make up his own mind and had resorted to lazily outsourcing the decision to the lefties on Twitter.

He lost the first round of voting in a three-way tussle with Mr Abbott and Malcolm Turnbull. Mr Abbott beat Mr Turnbull in the next round and the rest, as they say, is history.

The casual affability that worked so well in his commercial breakfast television appearances – with that other aspiring PM, Kevin Rudd – became a weakness when he took on the detail-heavy Treasury portfolio. It’s more likely he’ll be remembered for the monikers Eleventy or Sloppy Joe than for being a gifted communicator. In stark contrast to the praise heaped on him as the Opposition Treasury spokesperson, Treasurer Hockey’s tenure was characterised by incompetence and over-reach. One media commentator recently claimed that we’d have to “go back to the Whitlam government’s Jim Cairns to find a treasurer so completely dismissed in terms of their professional and political capabilities as Hockey”.

To be fair, Mr Hockey did initiate the much-needed discussion of the Australian electorate’s entitlement mentality, but the wheels came off the end-of-entitlement wagon when the Abbott government crafted the 2014 budget.

Stories differ as to who was ultimately responsible for a document which unequivocally took from the poor and defenceless while making no attempt to adjust the expectations of middle- and upper-income voters.

In the end the budget was likely a shared responsibility, unlike the string of foolish mistakes and mis-speaks that plagued Mr Hockey since around that time. He alone decided to share a quiet break with the Finance Minister, puffing on a stogie in what could only be seen as a Scrooge McDuck moment.

And he alone uttered the political bon mots – such as “everyone is against me”, “poor people don’t drive cars” and “get a good job” if you want to afford a mortgage – that were the electoral equivalent of quicksand.

There’s a whiff of injustice around the soon-to-be former Member for North Sydney’s departure from our national parliament. The genial moderate is unashamedly a republican and more suited to the new Turnbull style of government than, say, Tony Abbott.

Why then is Mr Hockey taking the golden handshake and freeing up a safe Liberal seat when the former PM digs in to his equally attractive sinecure?

We can only surmise our nation’s vital relationship with the US requires another amiable almost-PM as our chief diplomatic representative, given the last one in the role did such a commendable job.